KLP announced it has promoted Kiran Aziz to the role of head of responsible investment at its asset management unit KLP Kapitalforvaltning, and said its ambitions in the area were now intensifying.

The NOK871bn (€87.6bn) Norwegian pension fund said Aziz, who has been working as senior analyst within responsible investments until now, will head up the department, taking over the role that Jeanett Bergan vacated at the beginning of June.

Since Bergan left, Aziz has been effectively leading the department.

In the company announcement released yesterday, municipal pensions giant KLP said its responsible investment work was already strong, but that it had “even higher ambitions going forward”.

Asked to say more about these ambitions, Aziz told IPE: “This area of responsible investment is changing a lot; first of all people have more and higher expectations and there is more regulation being put into place.”

Institutional investors had loftier expectations, as did private individuals, she said.

“This means it is important that we keep innovating, and we have to work in quite a systematic way in the various areas such as biodiversity and climate, and I think we also need to work much more in partnership with other actors,” she said.

KLP Kapitalforvaltning also wanted to work on responsible investment issues with its external institutional investors, she said – on behalf of its customers who had access to external funds.

Having recently adopted a road map to net-zero greenhouse gas emissions by 2050, which sets out how the firm will measure its contribution to the goals of the Paris agreement, Aziz said KLP planned to step up its engagement with the companies it invested in on this and other issues.

“We would like to use much more dialogue with companies to make sure they are transforming themselves, and of course for this we use our position on boards, and voting at general meetings, as well as the tool of exclusion,” she said. 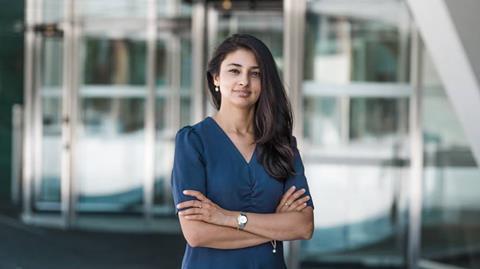 “Lastly, it’s becoming quite a demanding landscape in terms of expectations, but KLP has always worked to be transparent, and we will continue to do that, even if the demands increase,” said Aziz, who has previously worked at Ernst & Young as well as having been a researcher and lecturer at BI Norwegian Business School.

Looking ahead, she said the due-diligence aspect of responsible investment would become more important for KLP.

“This is not just for exclusion purposes, but it also allows us to identify risk,” she said.

In 2020, KLP made a change to its exclusion criteria which allowed it to ban stocks on due-diligence grounds, with a combination of country risk, industry risk and corporate risk allowable as grounds for blacklisting.

KLP said at the time that it had added the new criterion to solve the conflict between the due-diligence duty that investors had under the UN’s guiding principles for business and human rights and other norms, and the lack of transparency and freedom of speech in certain companies and markets, which hampered the monitoring of potential breaches.

Commenting on Aziz’s promotion, Håvard Gulbrandsen, chief executive officer of KLP Kapitalforvaltning, said: “I am very happy Kiran is taking on the challenge of developing the responsible investments work further. She is passionate about this area, has great commitment and is professionally skilled.”

On top of this, Aziz had a strong desire to succeed, he said, had good communication skills and was keen to promote KLP to all its stakeholders.