The Dutch pension system has won the highest score in the latest Global Pension Index report from Mercer, with the international consultancy using this year’s publication to sound a stern warning on the impact of the pandemic on retirement income systems around the world.

In the 2020 Mercer CFA Institute Global Pension Index report – previously called the Melbourne Mercer Global Pension Index – which awards national pension systems points for adequacy, integrity and sustainability as well as giving them an overall score, the Netherlands came top with 82.6 points, followed by Denmark with 81.4 and Israel with 74.7 points.

The top two countries retained their rankings from last year, with each seeing their score grow, while Israel entered the top three this year, knocking Australia down from its 2019 third place.

Among winners in the sub-indices, the Netherlands came top for adequacy with a score of 81.5, Denmark was ranked the most sustainable system with 82.6, and Finland received the highest score for integrity, at 93.5.

The lowest scores for these three categories were given respectively to Mexico with 36.5, Italy with 18.8 and the Philippines, which scored just 34.8 for integrity.

Commenting on its the global pensions picture overall in 2020, Mercer said the widespread economic impact of COVID-19 was heightening the financial pressures retirees faced, both now and in the future.

David Knox, senior partner at the firm and the study’s lead author, said: “The economic recession caused by the global health crisis has led to reduced pension contributions, lower investment returns and higher government debt in most countries. 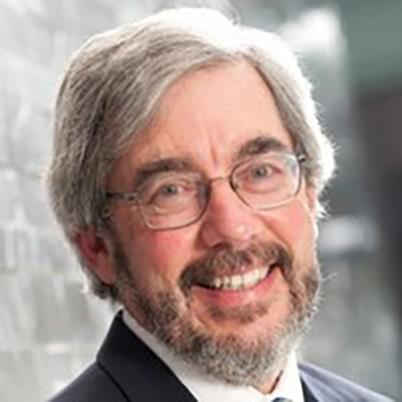 “Inevitably, this will impact future pensions, meaning some people will have to work longer while others will have to settle for a lower standard of living in retirement,” he said.

Knox said it was critical that governments reflected on the strengths and weaknesses of their systems to ensure better long-term outcomes for retirees.

José Meijer, interim chair of the Federation of Dutch Pension Funds (Pensioenfederatie), responded to the ranking, saying the Netherlands had a constant focus on where its pension system could be improved and what needed to be done differently.

“That determines how we talk about pensions, and that makes sense,” she said, adding it was nice to see that progress had been made.

Meanwhile, the Danish pensions sector expressed satisfaction with its score, even though it had hoped for more.

“The Danish pension system has for many years been number one in the rankings, but in the last three years the Dutch have scored a few more points,” said Karina Ransby, deputy director of industry association Insurance & Pension Denmark (IPD).

“We had hoped to regain first place, as we have moved forward in several of the parameters on which the measurement is based, but the Netherlands also improved in several areas,” she said, adding that no matter what, the Danish pension system was “world-class”, and the sector was constantly working to make it even better.

Benoit Hudon, Mercer’s UK head of wealth, said: “There are numerous levers the government could pull to improve the UK pensions system, though first a fundamental debate is needed to agree the optimal balance between security, adequacy and affordability. It is almost impossible for any national pensions system to achieve these three objectives fully and simultaneously.”

He believes, however, that too much focus has been put on security at the expense of adequacy and affordability, “leaving pensions savers with low investment returns”. He added that there should be a rethink of what represents an acceptable level of risk into the UK pensions system.

”We believe we should increase access to growth assets, to improve the sustainability of the system, support the economy, and increase the potential for achieving better outcomes for pension savers,” he said.

Hudon highlighted how the pandemic has affected the UK pensions system and has out its flaws “into sharp focus”, which calls for employers’ increasingly important part in both supporting the workforce and helping them accumulate and secure wealth.

The Pensions Regulator eased some of its requirements for defined benefit funding and the government’s furlough scheme ensured pensions contributions for many workers continued.

Deep Kapur, director of the Monash Centre for Financial Studies (MCFS), said that some governments have allowed temporary access to saved pensions or reduced the level of compulsory contribution rates to improve liquidity positions of households.

“These developments will likely have a material impact on the adequacy, sustainability and integrity of pension systems, thereby influencing the evolution of the Global Pension Index in the coming years,” Kapur added.

Additionally, Hudon said that “with the pandemic acting as the ultimate stress test, many companies and pensions schemes are taking a hard look at their governance structures”.

“Some had already started to mitigate future risks and were looking to improve member outcomes by outsourcing elements of their traditional responsibilities – we expect to see this trend accelerate as schemes react to the impact of the pandemic,” he said.