The €30bn ABN Amro pension fund said it has postponed its annual decision about the level of inflation compensation until July, because of current market volatility caused by COVID-19.

Usually, the scheme establishes every April how much indexation it will grant, based on the consumer index of the previous year. In 2019 inflation was 1.8%.

Given its funding level of 130% at year-end, the pension fund would have been allowed to grant a full inflation compensation. Its required funding level is 125%.

However, the board noted that the scheme’s indexation rules allow for a deviation if the circumstances require this.

At the end of April, its funding level remained at 130%, leaving the pension fund in a much better position than many of the large industry-wide schemes.

According to statistics by supervisor De Nederlandsche Bank, the ABN Amro Pensioenfonds has hedged more than 100% of the interest risk on its liabilities.

It annual pensions contribution amounts to 37% of the pensionable salary.

Employer TNT/FedEx is expected to fill a €11m shortfall in its Dutch pension fund TNT at the end of the second quarter, if the scheme’s funding level doesn’t significantly improve by then.

Its €750m pension fund said it expected the sponsor to plug the funding gap as its coverage ratio was no more than 92.4% at the end of March.

The additional payment is a consequence of the contract for pensions provision between US owner FedEx and its Dutch scheme, which makes filling in a shortfall compulsary if the scheme’s coverage ratio is below 104% at the end of each quarter.

The last time the employer had to fork out an additional contribution was in 2016.

The expected additional payment would amount to approximately one-third of the sponsor’s annual contribution for the scheme’s 2,200 active participants.

The US sponsor had been trying to get rid of its Dutch pension fund – the scheme of former Dutch delivery firm TNT Express, taken over by FedEx in 2015 – for two years, but negotiations with the unions have been on hold since the start of the COVID-19 crisis. 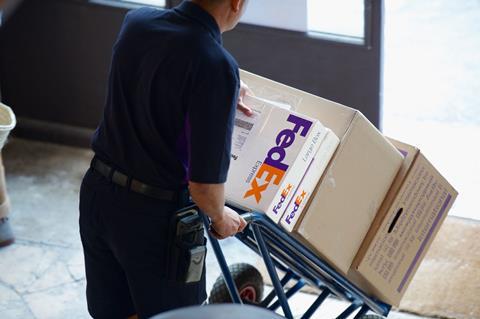 However, the unions oppose transferring TNT’s participants to Vervoer. They argue that the latter’s pension arrangements are less attractive, and lack, for example, an employer’s obligation to plug a funding gap.

Vervoer’s coverage ratio stood at 90.7% at the end of March.

In early March, the unions ceased negotiations for a new collective labour agreement (CAO), because they wanted to consult their rank and file before continuing.

They explained that the negotiations were complicated, as they would not only cover new pension arrangements but also other labour conditions.

Because of the COVID-19 pandemic, the unions haven’t been able to consult their members during information meetings yet.

Delivery firm FedEx is the second employer that has to fill in a shortfall in its Dutch pension fund, following declining funding levels as a consequence of the virus crisis.

Earlier, ExxonMobil paid its Belgium-based Dutch scheme €250m to make up for its funding shortfall.