A new vehicle has been launched to encourage consolidation among UK occupational defined benefit (DB) pension schemes with fewer than 1,000 members.

Conceived and developed by Punter Southall, Stoneport anticipates consolidating around 100 or so of the more than 4,000 such schemes. Punter Southall’s own small DB scheme has joined the vehicle.

“Purpose-built to address the growing number of problems facing trustees and sponsoring employers of small schemes, Stoneport launches today to target running cost, investment management and end-game efficiencies, as well as improving governance standards,” it said in a statement.

According to Stoneport, small schemes shoulder running costs of more than £1,000 per member, per year, compared with less than £100 for the largest schemes. It has modelled that, if Stoneport were used by all of the 4,350 small DB schemes in the UK, savings would exceed £40bn.

It said lifetime running cost savings alone would total more than £10bn, on top of reduced investment management costs, the benefit of a “good governance return boost”, and the saving from joining together for an eventual buy-out in the insurance market.

Richard Jones, chief executive officer of Stoneport, said: “Despite the best intentions of regulation to protect members’ retirements, this alone cannot address the fundamental issues with the DB market.

“For many schemes, the cost of simply meeting red tape restricts them from being able to run as well as they should do. Consultants have done their best to look after clients, but the panacea to the problems requires a wider solution to address the inherent structural issue of sub-scale schemes.”

He continued: “Stoneport harnesses strength in numbers to deliver demonstrable savings to businesses and a better future for smaller pension schemes’ members.” 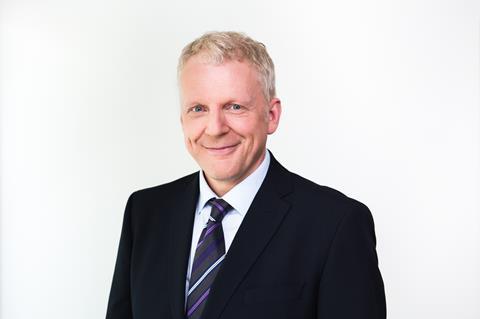 Speaking to IPE, Jones cited the example of the Netherlands, a large DB market that has witnessed a sharp decline in the number of active pension funds in parallel with strong growth in assets under management.

“In the Netherlands, they have a system of a fewer big schemes that have brought together many individual companies’ pensions. That’s the direction we’re trying to move people in,” he said.

“It’s a structure that shows you can run things efficiently for a wide range of employers from across multiple sectors, but in the UK we’ve ended up with a situation where there are too many little pension schemes that are difficult to run cost-effectively on an individual basis.”

Stoneport is saying that small schemes wanting to join it will need to do so before 31 December 2022 as it aims to complete its consolidation process by this date, pooling the assets and liabilities of all participating schemes to form one larger, more robust scheme.

According to Jones, employers will, subject to risk constraints, be able to choose their exposure between two funds, a matching fund and an investment fund.

Stoneport will be managed by Punter Southall, with oversight by three independent trustees – currently only one of the three trustees is indepedent, with the other two related to Punter Southall’s historic pension scheme.

Barnett Waddingham has been appointed to provide actuarial, administration and investment advisory services.

In contrast to what Stoneport proposes, DB master trusts, the main existing consolidation option for DB schemes wanting to run off over a number of years, retain individual scheme independence. Stoneport said this meant they could not offer the level of cost saving or benefit security enhancement it would provide.