Pension funds, and those from the Nordic region in particular, have committed around €450m of the capital raised for a new private equity impact fund, which has Swedish buffer funds AP4 and AP6 on its advisory committee.

Nordea Asset Management (NAM), which is a minority shareholder in the fund’s manager Trill Impact and supplies it with analysis and other services, announced it had raised €900m for Trill Impact’s first fund.

A spokesman for Trill Impact, which was founded in 2019 and has offices in Stockholm and Munich, told IPE: “Approximately half the capital raised derives from pension or pension insurance companies with the majority of the LPs being based in the Nordic region, which is of course due to Trill having this region as their home base.”

However the impact firm had a very diverse investor base, he said, and investors in the company’s inaugural mid-market buyout fund came from the US, Canada and Latin America, as well the UK, Germany, Italy, Iberia and France.

“Nordea Life & Pensions is an anchor investor in the fund,” the spokesman said.

Sweden’s AP4, AP6, and Velliv in Denmark along with Nordea Life & Pensions were on the limited partners’ advisory committee of the fund, according to the announcement, as were Allianz Global Investors, New York Life Insurance Company and the Lucie and André Chagnon Foundation.

Trill Impact said the strategy for its first private equity fund was to target majority ownership in mid-sized businesses in the Nordics, DACH and Benelux regions with annual sales of €15m to 300m.

The investment manager said it “addresses the needs stated in the 17 Sustainable Development Goals”.

Even though the fundraising had taken place “in unprecedented times during the global pandemic”, NAM said, the fund was one of the largest in terms of capital commitments raised by an emerging manager since the global financial crisis – as well as being one of the largest first-time funds raised during the pandemic by an independent private investments firm.

The fund had made four Northern European investments since its launch, NAM said.

Separately, Nordea said its asset management arm was opening an “ESG hub” in Singapore – in response to the growing interest for sustainable investment the firm said was taking place in the Asia-Pacific region.

Nils Bolmstrand, NAM’s CEO, said: “Sustainability issues have gained significant interest in Asia in recent years, and investors are increasingly asking for ESG solutions,” adding that this was the right time to meet that demand.

Singapore was an attractive choice for NAM’s first overseas ESG hub, the firm said, because of the country’s stable investment environment and the government’s commitment to tackle the carbon emissions problem and take on board the principles of sustainable finance. 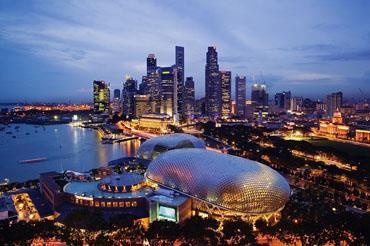 Singapore’s Green Finance Action Plan, launched in 2019, marked a significant step in the country’s transition towards a sustainable future, the firm said.

The hub would be built around a small group of ESG analysts, a spokesman from Nordea said, adding that these people would be recruited locally and integrated within the bank’s responsible investment team based in the Nordics.

“These ESG analysts, speaking the local languages and being located at close proximity to Asian investee companies, will have better access to APAC companies, which will give them sharper insights into local sustainability and ESG issues,” he said.

As well as this, Nordea aims to have one or more portfolio managers on site, he said, with that person working in close cooperation with the ESG analysts.

“This will enhance our ability to better serve and interact with our growing Asian client base,” the spokesman said.

Nordea said it planned to start implementing the hub in the latter part of 2021.