With markets spooked last week by fears central banks may eventually need to tame inflation, some of the biggest Nordic pension funds are considering what reflation might mean for their investment strategies.

Denmark’s LD Pensions, which runs two pension funds, said the development of inflation and interest rates will be one of the major themes for the financial markets in 2021 and 2022.

In its annual report published today, the firm said the US Federal Reserve’s changed interpretation of its objective in 2020 to accept inflation of more than 2% as long as it averaged around that level, in practice meant it would pursue more lenient monetary policy for longer before tightening.

The Fed was expected to be more passive in periods of rising or falling unemployment – historically seen as inflation warnings, LD Pensions said.

“In the slightly longer run, well into 2022, the major economic aid packages in the US and the Fed’s monetary policy are likely to put upward pressure on inflation,” the firm said, adding that this US interest rates would then be expected to rise.

Danica Pension CIO Poul Kobberup said the reflation trend that started to be priced into markets at the start of the year had now begun to calm down, and now it was up to central banks to control yields – action he was confident Danica Pension would take effectively.

“I would say a lot is already priced in for rising inflation, and these effects will probably disappear in a year’s time,” he told IPE.

Inflation could rise in the short term, he said, but the longer term trend – due to technological development and globalisation – was for price stability.

“The market was nervous last week, with some people expecting the Fed to raise the short-term rate already, but there is still a lot of unemployment, so I don’t see any big risk that central banks will move in that direction,” said Kobberup.

Monetary policy setters were still more concerned about deflation – a feared scenario which the Japanese example had shown could be hard to correct, he said.

“In general we believe that stable inflation rates, and maybe a slightly increasing consumer price trend is a good environment for asset classes,” he said.

“In general we believe that stable inflation rates, and maybe a slightly increasing consumer price trend is a good environment for asset classes”

Meanwhile, Ilmarinen’s head of cross asset allocation Esko Torsti, while also positive about the prospect of some inflation, warned of a bumpy ride for markets.

“Our view is that that pace of inflation will accelerate during the next couple of years. This will be due to exceptional fiscal stimulus and most accommodative monetary policy especially in the US,” he told IPE, acknowledging the Fed’s paradigm shift in its monetary policy framework.

At first, elevated inflation would support economic growth, he said, but cautioned that any clear and rapid rise in real yields implied by financial markets would hurt balanced economic development.

“There is a level of inflation which might be too high for economic recovery, but inflation levels that high seem to be unlikely in the next couple of years,” Torsti said.

“In other words, increased inflation will support markets, but we’ll see bumps on that road when inflation numbers do exceed expectations – interesting times ahead,” he said.

Sector rotation would continue in equity markets, he said, and sectors covering energy, financials and materials may benefit,  but utilities and real estate could suffer in the short run.

“Commodities could be well supported, although they have already shown signs of increased prices,” Torsti said.

Within a phase of inflation, inflation dynamics and different phases of inflation would prove to be important, he said. 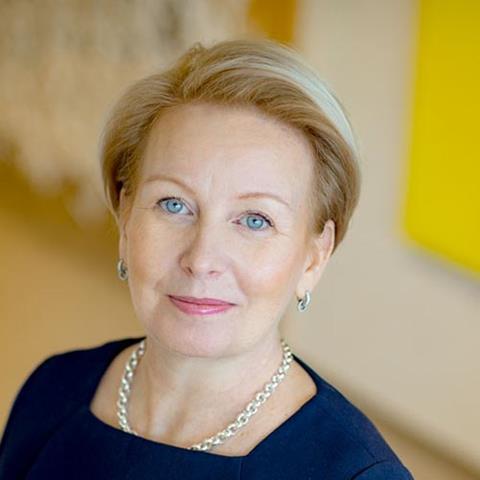 At Elo, CIO Hanna Hiidenpalo wondered what level of inflation – and for how long – the Fed would let the economy run at, and how financial markets would react to this.

“This uncertainty is likely to continue bringing volatility, when we see inflation picking up in the spring,” she told IPE, having mentioned several factors driving this likely inflation trend including base effects, supply disruptions and the release of bent-up demand after the pandemic.

“As a general principle, our strategy is to maintain our portfolio diversification effectively at all times, which gives us cover against many types of unexpected shocks, including inflationary ones,” Hiidenpalo said.

The Finnish pension insurer was looking very carefully at possible fundamental drivers of faster longer-term inflation and the risks this posed to its portfolio, she said.

“However, it is important to note, at this point, that the sustainably higher inflation in medium and long term is not really priced in by financial markets to any meaningful extent, at least so far, and the pick-up we saw in the US bond yields in February came largely from the rising real rates, whereas the long-term inflation expectations remained very much contained,” she noted.

Hiidenpalo said there was a lot of uncertainty about what the Fed’s changed inflation target really meant in practice.

“With the strong reflationary forces emerging in the US economy, we have seen lately that the market expectations of the first hike have shifted towards an earlier hike.

“Yet, the new Fed mandate allows the economy to run hot, and this, in fact, is precisely what Janet Yellen and the Biden administration want to achieve to bring full employment back to US labour market,” she said.

Last week, the chief executive officer of Sweden’s AP1 confirmed the buffer fund was considering putting elements into its overlay strategy to capture opportunities arising from the uncertainty over inflation.

Kristin Magnusson Bernard told IPE that while the fund thought central banks would carry on supporting economies with low interest rates, interest rate futures could be a way of getting exposure to different views.