Overseers at Norway’s central bank have revealed a host of concerns they have around last month’s appointment of a hedge fund magnate to lead the country’s NOK10.5tn (€916bn) oil fund in a letter to the bank’s executive – and questioned whether the current chief executive officer broke rules by accepting a private flight from him.

In the letter containing four pages of questions, the supervisory council of Norges Bank has demanded written answers by Wednesday from the executive board on a range of aspects of the controversial hiring and the ethics of staff accepting gifts.

The 15-strong panel composed the letter following an extraordinary meeting on Wednesday convened amid a scandal centring on the relationship between Yngve Slyngstad, CEO of the Government Pension Fund Global’s (GPFG) manager Norges Bank Investment Management (NBIM), and Nicolai Tangen – the man picked to replace him.

Slyngstad admitted in an internal message to NBIM staff on Wednesday that he “screwed up” by getting on a chartered flight back from the “Back to University” seminar hosted by Tangen at Wharton Business School in Philadelphia last November, instead of a commercial flight from New York.

London-based Norwegian Tangen is the founder and CEO of AKO Capital, whose flagship vehicle is a hedge fund, but has said he will separate himself from the company before taking up the reins at the GPFG in Oslo in September 2020.

In the letter published yesterday afternoon and signed by the council’s leader Julie Brodtkorb, and Jan Frode Jakobsen, director of the office of the supervisory council, the panel asked “which specific provisions in Norges Bank’s ethical regulations are relevant to the assessment of whether the CEO of NBIM may have acted in contravention of the rules, in connection with participation in the said seminar.” 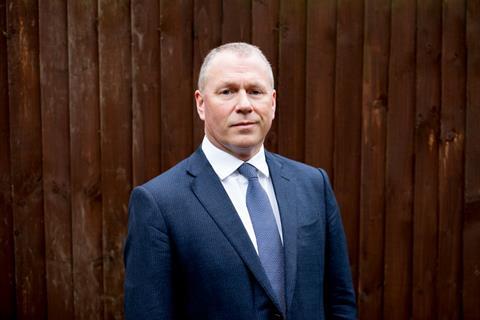 The council asked the bank’s executive board – whose chair, Norges Bank Governor Øystein Olsen, gave a statement on the furore at the supervisors’ meeting on Wednesday – to explain what assessments had been made against the current regulations in this context.

“To what degree is it in line with current ethical regulations that some of the expenses related to participation in seminars – which include accommodation, entertainment and travel etc. – were covered by Nicolai Tangen?” the council asked.

The supervisors began their letter by asking for an explanation about how Tangen’s personal circumstances through ownership of funds, management companies, etc., would be organised so as not to conflict with his duties and position as NBIM CEO.

They also queried Olsen’s board about the extent to which it had been able to verify information on Tangen’s business activities in tax havens – an issue which has prompted some public criticism in Norway of the decision to appoint him.

Other questions include whether AKO firms had business relationships with the GPFG; how the Ministry of Finance was informed about the recruitment process, and why the list of applicants for the CEO role list published in February had not been updated with Tangen’s name – or as an anonymous applicant – before his appointment was announced.

The executive board has been given a deadline of 29 April to reply to the letter.

In Slyngstad’s internal memo, the text of which was confirmed to IPE by an NBIM spokeswoman, he began and ended with apologies to staff, described the US seminar as “extremely high quality”, and said he and Tangen had “a professional, colloquial tone, but not a personal relationship”.

“I am truly sorry for letting you down, for letting the reputation of Norges Bank Investment Management down”

However, Slyngstad – who has led the oil fund for 12 years – condemned his decision to take the private flight as a “lack of good judgement and a classic example of how not to be professional.”

“I am truly sorry for letting you down, for letting the reputation of Norges Bank Investment Management down, and for letting our organisational culture down,” he told employees.