The result of yesterday’s Norwegian general election could tilt the political drive behind the country’s sovereign wealth fund, making it more likely than before that the NOK11.9trn (€1.17bn) fund will adopt a Paris-aligned net-zero greenhouse gas emissions target, according to two experts.

A third, meanwhile, said the coalition that would probably emerge could be expected to take a “systematic and fact-based” approach to setting the Government Pension Fund Global’s (GPFG) strategy, and pointed out that an independent commission led by PRI chair Martin Skancke recently recommend no major changes for the fund’s portfolio composition.

The countrywide poll ended in a landslide for Norway’s left-wing opposition, and conservative Prime Minister Erna Solberg has conceded to the Labour leader Jonas Gahr Stoere, who will try to gather a coalition and form a government.

Sony Kapoor, chair of the think tank Re-Define, who has advised Norway’s government on the fund’s policy, told IPE: “No matter what the coalition ends up being, the government will become significantly more climate friendly and that will also necessary include how the oil fund is managed.

“At the very least, this will mean a net-zero commitment, but quite possibly an increase in the allocation to renewables, which remains far too small,” he said.

Other potential changes that were now on the cards included a change of governance criteria including asking all investee companies to have credible net-zero plans with intermediate targets, Kapoor said.

Knut Anton Mork, professor emeritus at NTNU in Trondheim – who led a committee five years ago considering the SWF’s equities allocation – said that up to now, the GPFG strategy had very much been a topic of broad consensus in Norway, with that view holding that the fund should be managed with the main purpose of obtaining high financial return with acceptable risk, and not be used as a political tool.

“However, shortly before the election, an expert panel – the Skancke panel – appointed by the outgoing government, proposed firstly, a clearer focus on financial climate risks and secondly, a plan towards zero emissions in the companies in which the fund is invested,” he said.

“Although the outgoing finance minister was non-committal in his response to the second point, the Labour leader, Jonas Gahr Støre expressed a clear ambition on behalf of his party of reaching zero emissions in the fund’s investments,” Mork told IPE.

The question now, he said, was how high a priority this issue would become in the upcoming coalition talks with Centre and the Socialist Left parties.

“The former is likely to be sceptical. However, as GPFG strategy ranks low among their priorities, I would not be surprised to see a target of zero emissions to be included in the new government platform,” Mork said.

“Even so, I expect changes to come slowly, probably also to be resisted by Ministry of Finance permanent staff. But on the other hand, the new government may want to look good going into COP26,” he said.

Back in April, Støre provoked some strong reactions in Norway when his party’s draft programme reportedly stated that alongside adhering to the objective of the highest possible return for the GPFG within moderate risk, the party would “ensure a more comprehensive political control of the responsible management”.

Kapoor said he had spoken to the Labour Party about this, and commented:

“The new government will be more minded to recognise the power of a fund this large and how it’s perceived, and to be able to perhaps use it more strategically to execute certain things such as the greening of the economy.” 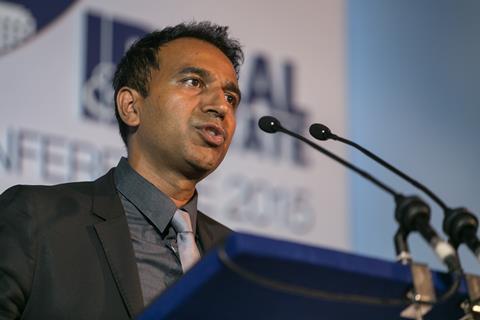 Meanwhile, Espen Henriksen, associate professor of finance at BI Norwegian Business School in Oslo, told IPE that since the Green Party had ended up below the 4% electoral threshold, it would almost certainly not be included in the new coalition government.

The Green Party has said it wants an immediate halt to oil exploration and to end all oil and gas output in Norway by 2035.

Henriksen said the alternatives for the coalition now being negotiated appeared to be Labour and Centre, or Labour, Centre and Socialist Left parties.

“During the last Labour plus Centre plus Socialist Left coalition government 2005-2013, the development of the fund strategy was systematic and fact-based. There is no reason to expect a departure from this approach,” he said.

On the topic of the Skancke committee’s recommendations, Henriksen said it was important to note that the panel did not recommend any big changes in the portfolio composition.

“On the contrary, the committee states that there is no scientific foundation either for arguing that climate risk is systematically mis-priced in financial markets or for arguing that changes in the portfolio of the GPFG would have a measurable effect on climate gas emissions,” he said.

“It is probably way too cheap to emit carbon into the atmosphere, but given current and expected future regulations and pricing of carbon emissions there do not seem to be systematic mispricing of companies in financial markets,” he said.

Instead, the Skancke committee recommended that the best the management of the GPFG could do to support the Paris climate treaty was to contribute to the better – i.e. more precise – functioning of financial markets, so that markets became an even better catalyst of political treaties to firms’ physical investment decisions, he said.