A move by the Norwegian finance ministry to remove an obstacle to competition in the NOK475bn (€47bn) municipal pensions market, ahead of a raft of tenders expected to be launched next year by newly-enlarged local councils, has been welcomed by key providers.

But action still needs to be taken to iron out another wrinkle, the two main newcomers say.

The ministry of finance announced on 28 November it had adopted a regulatory amendment concerning the transfer of defined-benefit (DB) occupational pension schemes in the private and municipal sectors, and insurance companies’ right to withhold 2% of the value-adjustment fund (kursreguleringsfondet).

“The ministry is now abolishing this withholding right, so companies and municipalities that move their pension scheme should have their entire proportionate share of the value-adjustment fund.

“This means an increase in the pension capital that the company or municipality brings with it when moving,” the government department said.

The change will apply to transfers carried out from the end of 2019, so would therefore apply to the municipalities moving their pension schemes at the end of the year as a result of mergers between local authorities, the ministry said.

However, a clause would remain that stipulated pension customers transferring out after less than 12 months with the insurance company would not receive any share of the value adjustment fund, it said.

Norway’s municipal pensions market is entering a phase of heightened mobility between providers following the advent of a new hybrid public sector pension scheme in January, which has lower barriers to entry than the old scheme, and as a result of mergers between councils in the country’s municipal reform process.

While the NOK745bn provider Kommunal Lanspensjonskasse (KLP) has had a near monopoly in the market in the last few years, the firm now stands to lose business to the pension funds run by some of the larger councils as well as other commercial providers.

Marianne Sevaldsen, executive vice president for KLP’s life division, said that first and foremost, the regulatory change on transfers would benefit the municipalities and counties that were merging as a result of the reform.

“For them, this is a good rule change, and this was the reason for the change,” she said.

As far as the competitive situation was concerned, Sevaldsen said the development would affect the financial assessment associated with the transfer process, because it would result in lower costs when moving pension schemes.

“However, there will probably be other factors that are crucial for the choice of supplier in the future as well, who will provide the best return, best service and lowest cost,” she said. 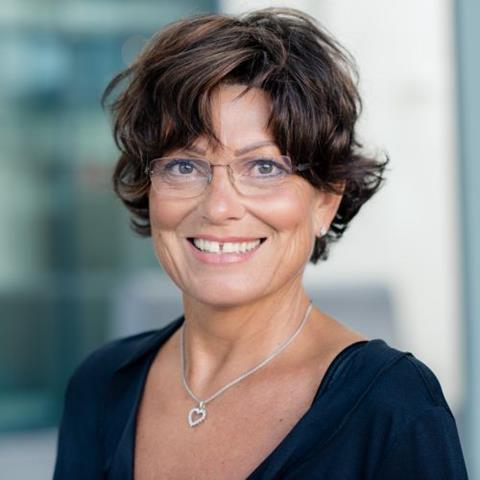 In its consultation response when the changes were proposed, she said KLP pointed out how this change could result in increased “transfer arbitrage”.

“But now there appear to be new rules that will prevent this in the future,” Sevaldsen said, adding that overall, the changes would provide better regulations for customers with public sector occupational pensions.

DNB and Storebrand – large commercial pension providers that are re-entering the market for municipal pensions – both told IPE that one hurdle remained.

“By doing this, the government shows a political will to facilitate and encourage increased mobility in the local occupational pension market,” he said.

“We expect this could trigger a debate about how to remove the remaining obstacle to the transfer of pension savings, namely that accumulated returns on equity contributions in KLP of NOK20bn are not portable when customers move from KLP to another pension provider,” Hippe said.

He said this was not a national political question, though, but up to the municipalities themselves to solve.

“They have the power to change the statutes of KLP,” Hippe said.

Meanwhile, a spokesman for DNB said the financial group supported the decision when the proposal was circulated for comments, but now took the view that further changes were needed.

“As long as the existing provider is allowed to retain the return on the customers’ invested equity, we believe that the current legislation does not sufficiently facilitate fair competitive conditions in the market for public occupational pensions,” he said.

The amendment took effect on 1 December 2019 and is valid for pension transfers taking place at the turn of 2019-2020.