Norway’s SWF to shift €44bn equities across the Atlantic

Norway’s giant sovereign wealth fund is to make a major shift in the geographic allocation of its equities portfolio, resulting in around NOK478bn (€44bn) of European stocks being sold to buy an equal amount of US stocks, after the government approved last year’s proposal from the fund’s manager

The green light – which still requires a parliamentary vote – came as part of the Norwegian government’s annual white paper on the management of the Government Pension Fund which was published yesterday, having been delayed from its usual April release because of the coronavirus.

The Ministry of Finance announced it was proposing to adjust the geographical distribution of the GPFG equity benchmark, reducing the share of developed markets in Europe while correspondingly lifting the proportion of US and Canadian equities.

The move was in line with advice received from Norges Bank, the ministry said.

Jan Tore Sanner, the finance minister, said: “The changes we are proposing will ensure the investments better represent the distribution of value creation in listed companies globally.”

Given that equities make up around 70% of the GPFG, a 6.5 percentage point change equates to around NOK478bn of the fund’s assets at today’s valuation.

However, another recommendation made by the central bank’s department managing the GPFG, Norges Bank Investment Management (NBIM), which could have opened the way for wider-scale private equity investment, was turned down by the ministry in the white paper.

This was rejected in the white paper, with the ministry saying NBIM’s idea would make it more likely the fund would stay invested in unlisted companies for a long time.

The ministry also dedicated a large section of the report on the GPFG to its work on climate risk – activity that Sanner said should be taken further.

“There is every reason to believe the future importance of climate will be significant. In my opinion, Norges Bank should therefore further strengthen its work on this issue,” he said. 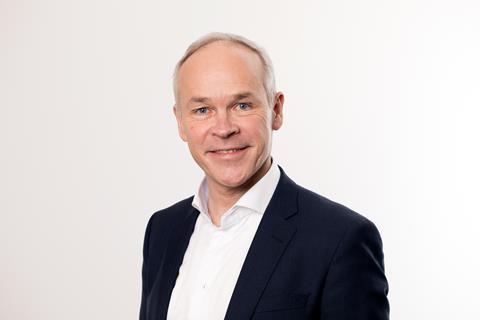 Turning to the smaller GPFN, Sanner rejected one of the solutions put forward by its manager Folketrygdfondet to the problem of the fund currently nearing its 15% ownership limit for individual companies in some cases – instead proposing that money is withdrawn from the fund.

Folketrygdfondet’s idea that the GPFN could reduce the proportion of assets it invested in Norway and increase it in the other three Nordic countries was also given short shrift.

“The Ministry of Finance proposes to keep the allocation to Denmark, Finland and Sweden unchanged at 15%,” the government department said.

Sanner said a withdrawal from the GPFN – which had also been among solutions mentioned by Folketrygdfondet – would need further assessment.

“We will continue working on establishing the scope and framework for such withdrawals, in order to resolve the issue Folketrygdfondet has raised in a sound and appropriate manner,” he said.

The ministry also said it was considering expanding the GPFN’s current provision for investing in unlisted companies intending to seek a listing, because it said that so far, that permission had hardly been used.

Folketrygdfondet responded to the proposal positively by saying that withdrawals from the fund meant Norwegian society could reap the benefits of “fantastic value creation over many years”.

“Folketrygdfondet has managed the almost NOK12bn that was invested in the 1960s and 1970s, so that it has grown to NOK257bn today, despite the fact that more than NOK100bn was taken out in 2006,” said the manager’s chief executive officer Kjetil Houg.

“We are now looking forward to working with the specific design of the withdrawal scheme,” he said.

The Norwegian government is currently making larger-than-usual withdrawals from the petroleum revenue generally directed into the GPFG, due to expense of the COVID-19 outbreak.

But Sanner said that once the situation normalised, spending of petroleum revenue would be reduced.

“This is important in order to ensure that also future generations will benefit from the Norwegian petroleum wealth,” he said.