Denmark’s Pædagogernes Pension (PBU) has laid out more detailed climate plans, including information about its aims to increase its green investments which now shows it envisages putting a further DKK11.6bn (€1.56bn) into climate-friendly investments over the next eight years.

The labour-market pension fund also unveiled new intermediate climate targets in the run up to its 2050 goal of zero carbon emissions from the portfolio.

Sune Schackenfeldt, chief executive officer of PBU, said: “We are very concerned that PBU must invest in as green and sustainable a manner as possible, and we must find even more attractive investment opportunities.”

He added that the pension provider had to do this while also continuing to exert its influence over the heavy emitters it was invested in order to find solutions to the climate challenges.

Copenhagen-based PBU – which covers early childhood and youth educators – said it planned to cut its portfolio carbon emissions, compared to 2019 levels, by 30% by 2025 and by 50% by 2030.

Back in 2019, as part of a Danish pension industry initiative, PBU said, the pension fund made an informal commitment to increase its allocation to green investments to DKK18bn by 2030.

“The commitment is conditional on AUM developing as expected,” it said.

PBU also said: “The commitment also rests on a public policy framework which is conducive for more institutional investment capital to be invested into renewable energy, green energy infrastructure and sustainable solutions-oriented companies.” 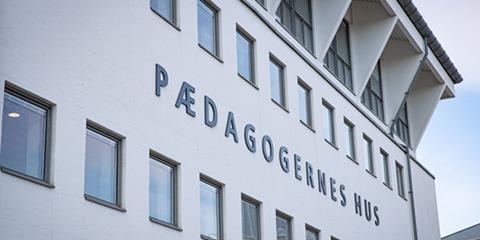 PBU said it has invested DKK6.4bn in green investments so far, amounting to 7.8% of the portfolio.

“The goal is thus for green investments to reach DKK18bn if AUM has reached DKK110bn by 2030 which would equal 15%,” the pension fund said.

In absolute terms, this goal of DKK18bn of green investments by 2030 is lower than that expressed by the pension fund in September 2020, when PBU said it had DKK5.4bn in such assets and planned to invest a further DKK15bn by 2030.

The pension fund said in today’s announcement that when planning for its future asset allocation, it preferred to maintain a diversified portfolio “while searching for transition leaders and climate solutions-oriented companies”.

It also said it aimed to work with and engage companies on credible transition paths, and favoured engagement over divestment.

Two years ago at the UN Climate Summit in New York, the Danish pension sector made a collective pledge to invest an additional DKK350bn between then and 2030 to support the green transition.