PensionDanmark said it has become the first pension provider in Denmark to include figures on its own environmental, social and governance (ESG) performance in its annual independent auditor’s report – a move its leader believes others will follow.

Torben Möger Pedersen, chief executive officer of the Copenhagen-based pension fund, told IPE: “You get what you measure – and if we don’t have a common standard we will not be able to compare across companies.”

In its 2019 annual report, PensionDanmark has used a new standard for ESG key figures for companies’ environmental and climate impact and for their social and managerial commitment, which was proposed last June in a joint project by the CFA Society Denmark (Finansforeningen), trade organisation Danish Auditors (FSR) and Nasdaq Copenhagen.

Its creators bill the new initiative as enabling companies to compare CO2 emissions, energy consumption, sick leave and other conditions across industries and sectors.

When asked whether it would make a difference to climate mitigation efforts generally if more asset owners reported on ESG performance this way, Möger Pedersen said, that if they didn’t have a common standard, they would not be speaking the same language.

“As investors, standardised and audited ESG key figures will enable us to evaluate on more parameters when making decisions, so yes, I do believe it will make a difference,” he said.

The figures published by PensionDanmark in its 2019 annual report show a sharp decrease in its own carbon emissions as a company in 2019 compared to 2018.

The details reveal an increase in its scope 1 (direct) carbon emissions for the year to 13 tonnes from nine tonnes was more than cancelled out by a sharp fall in indirect or scope 2 emissions to 82 tonnes from 448 tonnes. 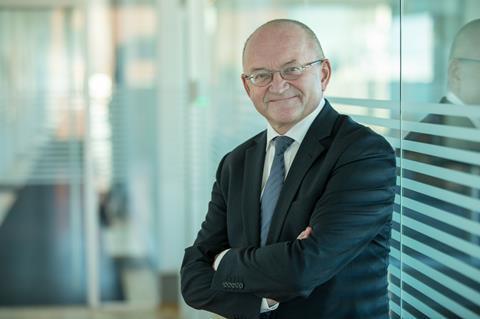 Given the sharp focus on climate action right now, Möger Pedersen said other pension funds were likely to make similar changes to their ESG reporting.

“We strongly support common standards for reporting on ESG, and ideally that they are included in the independent auditor’s report,” he said.

“Just as we compare key financial figures across companies we would also like to be able to compare across ESG figures,” the chief said.