Pettersson is the current CEO of Veritas, the smallest of the four mutual pension insurance firms operating in Finland’s earnings-related pension system. Elo is the third largest.

Antti Aho, chairman of the board of Elo, said: “Carl Pettersson has strong expertise in the financial services, investment and pension insurance sectors, as well as a solid track record of successful leadership in a regulated business environment.”

Pettersson had the experience and expertise to lead Elo as the company moved into the next strategy period, Aho said. 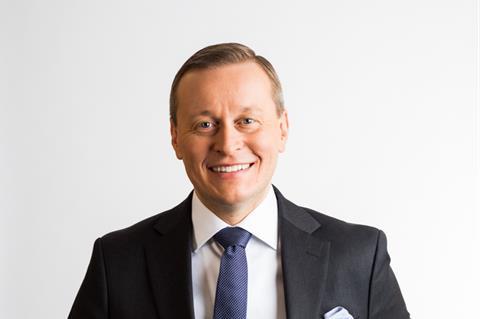 At Veritas, deputy CEO and finance director Tommy Sandås is to take over Pettersson’s duties temporarily, from Monday 12 April, until a successor has been elected.

Huber quit as president and CEO of Elo in the midst of an investigation into the firm by the financial supervisory authority, which was triggered by very low solvency levels during the market turmoil of March 2020.

While competitors, Finland’s four mutual pension insurance companies – the largest of which are Ilmarinen and Varma – have a degree of interdependence due to the way their solvency system works. If one became insolvent, the remaining companies would have to pick up its liabilities.

SPMS –  Jacques van Dijken is the new director of SPMS, the Dutch pension fund for medical specialists. He will manage the fund’s executive committee. Van Dijken used to work as the CEO of Swiss Re Netherlands and DBV Verzekeringen. He will remain active as an external advisor for Bain & Company as well.

At Federated Hermes, Chow led engagement in Asia and global emerging markets for the stewardship service EOS. She was also the sector lead for technology. A spokesman for the firm said Chow had left the firm to pursue a career opportunity outside of stewardship. ”We are very grateful for Christine’s strong contribution to our engagement work specifically in Asia and wish her well for her professional future outside of EOS,” he added.

Chow also holds a range of other positions, including board member of the International Corporate Governance Network (ICGN) and a member in the data govenrance task force of the UK All Party Parliamentary Group on artificial intelligence.

Canada Pension Plan Investment Board – Bruce Hogg has been appointed to lead a newly created sustainable energy investment arm. CPP Investments has combined its energy and resources investment division with its power and renewables business to create the Sustainable Energy Group led by Hogg as managing director. Hogg, who joined 14 years ago, was most recently managing director and head of the pension fund’s power and renewables business.

UBS Asset Management – The asset manager’s real estate and private markets arm has appointed Darren Rabenou as head of food and agriculture and head of ESG investment strategies. UBS-AM’s farmland strategy will be integrated into the food and agriculture client offering.

Prior to joining UBS, Rabenou was a partner at Fabbri Fund Management, a California-based farm operator and investment group. Before that he spent 11 years as a managing director at Terrapin Asset Management, where he was a member of the firm’s investment and operating committees. He has also held senior positions at JP Morgan Asset Management, Prudential Investments and ING Barings.