The board of the €6.7bn Dutch pension fund PNO Media has fired a trustee, after he voiced a differing opinion about the public board’s functions.

According to Ruud Leyendekker, his role was terminated after he had lost support of his fellow board members and refused to give up his seat voluntarily.

Leyendekker, who represented pensioners, said he had given his personal view during a board meeting on 5 December with representatives of supervisor De Nederlandsche Bank (DNB), and in the presence of the scheme’s supervisory board (RvT).

He acknowledged that, by doing so, he violated the internal rule that the board speaks with a single voice about its decisions.

According to Leyendekker, the board had decided to continue with its model of equal representation, but with a slimmed down version, and also include two independent experts for risk and asset management.

However, in Leyendekker’s opinion, the board’s choice for a “practical solution, and a board reduction”, which meant keeping three vacancies empty, had not been sufficiently thought through.

He said the board hadn’t seriously considered alternative board models, including a one-tier board with professional executives members, and that his plea to look into other options had fallen on deaf ears. 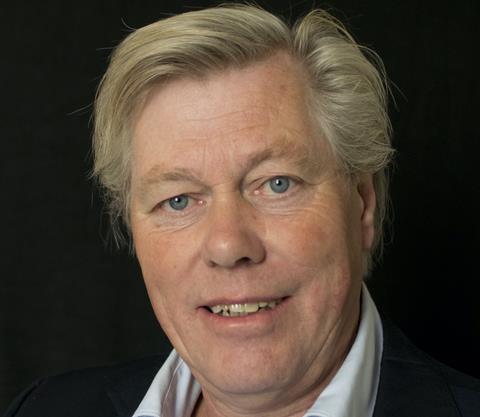 Ruud Leyendekker ousted from his trustee position at PNO Media

“At the end of the day, a smaller board of equal representation, could also be a good solution. But in my opinion, the board should have taken stock first of what a rapidly changing pension environment demands from the board in the coming years,” he argued.

He claims the fund should have figured out which criteria the board must meet, which competences are required and which board model, with the right people and experience, would match the requirements.

Leyerdekker said that, although he had voiced his opinion “carefully and modestly”, within a few days a large majority of the board said it had lost confidence in him.

“As I found this response disproportionate, I refused to give up my seat voluntarily, even after several trustees had put pressure on me to go,” he added.

He said that leaving voluntarily would not have been the best move in order to protect his reputation, “but would damage it instead”.

According to Leyendekker, the pension fund’s board had ignored the RvT’s recommendation not to fire him, and to seek a solution through external mediation.

He said the supervisory board had also pointed at the risks of such a drastic measure, referring to the current investigation of DNB into the effectiveness of the scheme’s board.

In its annual report for 2018, PNO Media said DNB’s investigation was aimed at “reinforcing the board”.

“In my opinion, leaving voluntarily would not be the ‘royal way’ to protect my reputation, but would damage it instead.”

According to the exiting trustee, both DNB and the scheme’s RvT had indicated that the board should focus on its organisational redesign rather than making adjustments on the go while seeking improvements.

Leyendekker joined the board in 2014, and was reappointed for a second four-year term in 2018. Until his termination, he also chaired the scheme’s investment committee.

Nelly Altenburg, the independent chair of PNO Media, declined to comment, but confirmed that Leyendekker was no longer a trustee as a consequence of the board “losing confidence” in him.

She highlighted that Leyendekker’s departure was not the result of him violating the board’s integrity, adding that it had nothing to do with his position as chair of the investment committee either.

Altenburg also declined to say whether Leyendekker’s vacancy will be filled.

Edith Snoeij, chair of the RvT, also declined to comment on the issue. The accountability body (VO) of the pension fund said it hadn’t formulated its position yet.