The head of Finland’s biggest pension fund, Keva, has announced he will retire this November, and said “much remains to be done” regarding the planned merger between the country’s municipal and private sector occupational pension systems.

Timo Kietäväinen, chief executive officer of the public sector pension fund, said: “When I came to Keva from the Association of Finnish Municipalities, I said at the time that I would stay in the post for about five years, and these five years are now up.”

The chair of Keva’s board of directors, Minna Arve, Mayor of Turku, said the board would start the process of hiring a new CEO immediately, aiming to have chosen a new leader by the summer holidays at the latest.

Listing tasks still to be done during his tenure, Kietäväinen said in a blog that a decision could be made this spring about whether the planned merger of the two occupational pension schemes – which is currently being prepared by an official working group – would take place.

“Many problems have already been resolved in the preparation, but much remains to be done,” he said.

Kietäväinen said it was possible to interconnect the systems, but the decisive factor was whether there was enough desire and will to do so, and whether the reform was seen as appropriate enough to implement.

“It is almost impossible to predict at this stage whether enough will be found to make a workable merger proposal within the working group, and continue that as a submission to parliament,” he said. 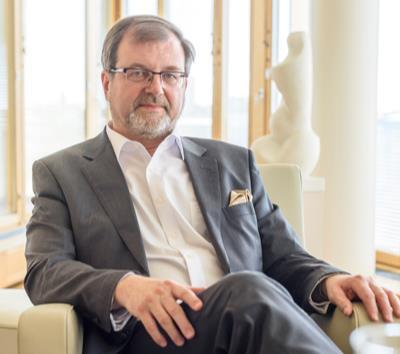 It is now two years since the working group set up by two government ministries in 2017 concluded it was possible to merge the municipal pension system and that of the private sector in Finland – a reform that could open the huge municipal pensions market up to competition from other pension providers such as Ilmarinen, Varma and Elo.

Kietäväinen said in his blog that from Keva’s point of view, its strengthening of competitiveness would continue, whether the integration of occupational pension schemes took place or not.

“The merger will, of course, have a decisive effect on the direction and content of renewal,” he added.

The outgoing CEO said that when he was first appointed, his goal had been both to reform Keva’s operations and normalise it after some quite turbulent years.

“The big challenge at the time was Keva’s weak public image, which naturally affected the organisation in many ways,” he said.

When he was appointed in January 2016, Kietäväinen became the fifth person to lead Keva since 2013 following the resignation of Merja Aljus due to questions over her expenses.

Keva, which has yet to report its 2020 financial results, also revealed in the announcement that its total assets stood at around €58bn at the start of 2021. This compares to €53.3bn at the end of 2019.