A recent move by Danish labour-market pension fund Sampension to bring emerging markets debt management in house has produced a reputational benefit for the fund domestically by keeping it free of exposure to 19 governments singled out as having questionable human rights records.

Copenhagen-based Sampension said it was found in an article in financial daily Børsen last week to be the only big Danish pension fund without holdings in 19 states marked as problematic by sustainability screening company Matter from an investment point of view, for human rights and other reasons.

Commenting on the “top ranking” in the article, Sampension said it came down to a recent insourcing.

Deputy CIO Jesper Nørgaard told IPE: “We decided in the autumn of 2019 that we would take our emerging markets mandates home, and it had the effect of improving our ESG profile – that is what comes out of this story.”

The 19 countries include several smaller emerging markets but also China and Russia.

While Sampension’s own bond managers handle most investment assessments themselves, the fund said many other pension companies outsource this task.

Explaining how the decision not to invest in the countries in question came about, Nørgaard said the country assessments from the US non-governmental organisation Freedom House – which Sampension refers to in its bond selection – categorise sovereign issuers as red, yellow or green.

“People tend to agree on the red, so these bonds are out of the portfolio, but the big question is what to do about those marked yellow, or investable,” said Nørgaard.

“Our manager, Simon Hinrichsen, had to make a decision based on the risk-return tradeoff, and it so happened that he decided not to invest in all those marked yellow,” he said.

“Those sovereign issuers on the edge are definitely investable, but there is a high correlation between the ‘yellow’ market and the potential risk in the positions,” he said. 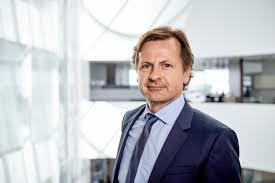 Nørgaard emphasised that Sampension had not blacklisted these issuing states, and at some other point might have decided to invest in these bonds.

“But maybe there is a correlation between the assessment of human rights and the future financial risk associated with the position,” he added.

Another factor, he said, is that when bond managers see that an issuing country is in the yellow zone, they know its bonds are in danger of moving into the red zone, which would mean a forced liquidation of that position.

The possibility of a reputational fillip – such as the one gained in this particular case – did form part of Sampension’s decision making in bringing its EM bonds in house.

“The main reason was to bring down costs, then secondly, we would have better control of the mandate and the risk and perception of risk,” Nørgaard said.

But he added that because EM bonds only form a small part of Sampension’s overall portfolio, the pension fund is under less pressure than some investors to include a wide spread of issuers in the allocation.

Sampension, which chose not to participate in the recent listing of oil giant Saudi Aramco because of conditions in Saudi Arabia, said it is now stepping up its ESG data capabilities.

Alongside Freedom House and Vigeo Eiris, the pension fund said it would in future receive more analytical help from data firm ISS ESG.