Universities Superannuation Scheme (USS), the UK’s largest private pension scheme by way of assets, has announced an ambition to be net-zero by 2050 at the latest.

It said that by doing this, it had “reinforced its view of climate change as a financial risk to the returns generated by its assets”.

The £67.6bn (€77.9bn) scheme’s internal investment manager is in the process of developing short, medium and long-term targets and programmes to deliver on the net-zero ambition, which USS said would not rely on it buying carbon offsets.

The strategy for delivering on its net-zero ambition would likely involve steps such as reviewing and possibly changing the benchmarks USS uses, and working with its internal investment teams to ensure it had the processes in place to select those companies and assets to own, or from which to divest, in light of energy transition goals.

“It makes sense for us to align with that because we’re trying to address climate change as a scheme and reduce the impacts it will have on our ability to pay our pensions.”

He told IPE USS could have waited to have worked out a detailed net-zero strategy before making a public announcement, but that the pension fund did not want to wait that long.

“We’re trying to signal to the market, to policymakers, to our investments, that this is something we want to do, and the sooner we signal that the better,” he said. 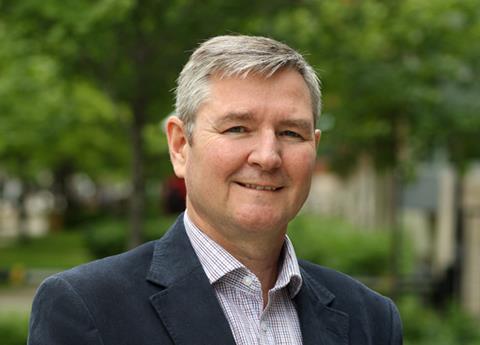 On the subject of possible benchmark changes, Russell indicated that one example USS was thinking about was introducing a climate tilt in its defined contribution (DC) default fund. USS is a hybrid pension fund, with the vast majority of its assets working for defined benefits.

Russell said oil and gas sector divestment was not on the table at the moment, and that the key focus of its strategy would be engagement.

Any divestment would be based on financial analysis, as was a decision announced last year to ban investments where thermal coal mining accounts for more than a quarter of a company’s revenues.

USS also indicated it would look to expand its investments in renewable energy. It currently has more than £1bn committed to renewables investments.

Bill Galvin, group CEO of USS, said the announcement of its net-zero ambition was “in recognition of the seriousness with which the trustee is treating ESG risks and also acts as a signal to the market, our assets and to policymakers that USS is willing to play its part in the important move to decarbonise by 2050.”

UK energy minister Anne-Marie Trevelyan said: “Pension funds and their members have a critical role to play in fighting climate change and the Universities Superannuation Scheme’s new target to reach net zero by 2050, if not before, will see it take a leading role as a responsible investor.”