Norway’s giant sovereign wealth fund lost NOK171bn (€17.7bn) in the first three months of this year as the international fall in stock markets took its toll on the fund’s heavy equities allocation.

The Government Pension Fund Global (GPFG) lost 1.5% of its value in Q1, according to the latest interim report from the fund’s manager, Norges Bank Investment Management (NBIM).

It said returns in the quarter had been coloured by growing uncertainty and increased volatility in global stock markets.

During the three-month period, stronger US wage growth had pushed up inflation, there had been expectations of faster rising interest rates, and then worries emerged about increased protectionism.

In addition, the Norwegian krone had appreciated against several major currencies during the quarter, NBIM said, which knocked NOK183bn from the value of the fund. 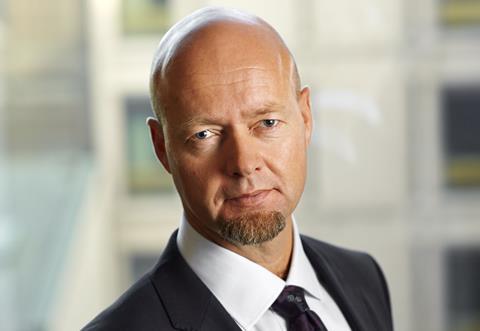 Yngve Slyngstad, NBIM’s chief executive, said: “The most important expression of the risk in the fund is that the strategic equity share is set to 70%.

“This means that fluctuations in the fund’s value are predominantly determined by the development in global stock markets.”

NBIM said the return on the fund’s investments was 10 basis points higher than that of its benchmark, despite the overall loss.

The GPFG’s equity investments made a 2.2% loss in the quarter, with fixed income investments down 0.4%. The fund’s unlisted real estate allocation made a 2.5% profit.

Within the equity portfolio, North American stocks ended the quarter with a 2.3% loss, European stocks lost 3%, while Asia and Oceania stocks recorded a 1.4% loss for stocks.

Emerging markets equities – which made up 11.5% of the equity portfolio – made a 0.6% profit in the quarter.

The fund’s value was NOK8.1trn at the end of March.

In the first quarter, the Norwegian government withdrew NOK11bn from the fund, NBIM said.