Proposed new data reporting rules affecting pension funds should be delayed by up to a year to aid understanding and compliance, according to German pension fund trade bodies.

Both the European Central Bank (ECB) and the European Insurance and Occupational Pensions Authority (EIOPA) have proposed frameworks for data gathering from pension funds, both of which have been criticised already as posing a significant burden.

Responding to the ECB’s consultation, which closed at the end of September, Germany’s aba called for a 12-month delay to the first required reporting date, from the end of 2018 to at least the end of 2019, “because from our perspective the earlier date is not feasible”.

aba’s response was also on behalf of the German trade bodies for public and church pension funds (AKA) and Versorgungswerke (ABV).

The associations said it was not clear which German entities would have to report to the ECB. The central bank’s requirements would prove an additional burden for IORPs, the German organisations added, as such funds would be subject to “the almost simultaneous introduction of new reporting requirements by EIOPA”.

In total, pension funds would in future have to comply with three “extensive” reporting requirements, the associations added, including “existing, but hopefully reduced” reporting to the German national supervisor.

They raised concerns about the timeframe for reporting liabilities – within 14 weeks – and said this was too short if a binding validation of the data was required within this period.

Mark Dowsey, senior consultant at Willis Towers Watson, told IPE that the ECB’s data collection plans were “a big issue for many pension funds in Europe”.

“I fear this being a very significant resource drain for no demonstrable benefit,” he said. “I understand the ECB’s wanting a broad handle on things at the macro level, but this sort of granular detail seems unnecessary.”

What the European Central Bank has proposed 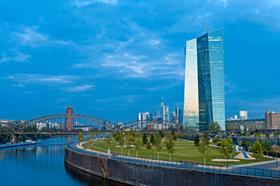 The ECB wants pension funds to report regularly on their assets and liabilities as a means of “increasing transparency in this fast-growing sector of the financial services industry”. It published a draft regulation on this at the end of July and its consultation on the regulation ended on 29 September.

According to Willis Towers Watson, the ECB regulation would require pension funds to provide broad and detailed reports on their assets, liabilities and membership numbers. At the asset level they would have to provide each security’s identification number (ISIN), price, market value, number of units, revaluations, and more.

Dowsey questioned what the ECB or regulators would be able to do if they thought the data revealed a problem.

“Let’s say they establish that pension funds have a significant exposure to Greek sovereign debt, or too many people are investing in a certain security,” he said. “They can’t compel [investors] to sell. Even issuing a warning would move markets, perhaps unnecessarily.”

PensionsEurope – the continental trade body for pension funds – and the Netherlands’ Pensioenfederatie both voiced support for the ECB’s aims in their consultation responses.

The Dutch trade body appeared relatively unconcerned by the central bank’s plans. In comments shared with IPE, it said the dataset as requested by the ECB was not as comprehensive as the dataset requested by its national supervisor.

“Consequently, the effect of this initiative on Dutch pension funds should be limited,” it said.

In general, however, it was very important that reporting burden and costs were minimised as much as possible for its pension fund members, the Pensioenfederatie added.

“When it comes to the process of data collection and distribution, a central role should be played by the national authority, that already [has] a lot of information available (at least in the Netherlands),” the federation said.

PensionsEurope also emphasised the importance of keeping the reporting burden and costs to a minimum, but said it was “happy to see that the ECB already pays a lot of attention to that in its draft regulation”. However, it reiterated that pension funds should not be required to pay high fees to third parties to obtain the information required by the ECB and EIOPA.

EIOPA’s plans for an EU “data-hub” 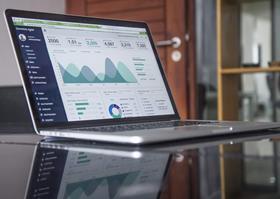 EIOPA is still consulting on the regular reporting of occupational pensions information from national supervisory authorities. The requirements would apply to pension funds of €1bn or more in assets.

According to Willis Towers Watson, the information sought by EIOPA goes beyond that targeted by the ECB – including, for example, data about pension protection schemes.

In its work programme for 2018, EIOPA said its strategic ambition was to be “the EU data-hub for the collection, use and dissemination of reference and reporting data on EU insurance companies and pension funds”. It also claimed this year’s stress test of pension funds “will likely highlight a number of risks in relation to the occupational pensions market, and EIOPA will need to enhance its means of collecting, managing and analysing data on the sector”.

EIOPA’s data proposals have already been criticised by pension funds, although formal responses will come in following the end of the consultation on 27 October.

EIOPA and the ECB have worked together in setting up their definitions and frameworks with a view to minimising the reporting burden on the pensions industry, the two parties have said.

EIOPA’s proposals – which are still open to consultation until 27 October – are focused on obtaining information from national supervisors. However, Willis Towers Watson’s Dowsey said regulators would still have to seek this data from individual pension schemes.