PGGM to focus on healthcare sector, exit other business channels

PGGM, the Netherlands’ second largest pensions provider, is to refocus its strategy and exits some lines of business in a major overhaul led by its new CEO.

In an interview with IPE’s Dutch sister publication Pensioen Pro, Edwin Velzel said the €215bn asset manager would focus solely on catering for the healthcare sector and its largest client, PFZW.

Velzel said PGGM’s general pension fund (APF) no longer fitted with this new strategy and would likely be sold.

In addition, he confirmed that his company would stop taking on new customers for its pensions administration business. In July the €1bn occupational scheme for marine pilots (Loodsen) said its contract with PGGM would expire in 2020 and not be renewed.

Under Velzel, who succeeded Else Bos last year , PGGM has developed a new strategy for the next five years, abandoning its earlier plans to support consolidation across the entire pensions sector in the Netherlands.

“It has become clear that it is very difficult to achieve synergy by taking in other pension funds with very different arrangements,” Velzel said.

He added that PGGM also wanted to prepare for a possible future without mandatory participation of employers in a sector scheme.

Velzel explained that “retaining market share in the healthcare and wellbeing sector is one of our top priorities”, and so the provider had to collaborate more with other entities in this sector.

The new strategy also meant PGGM wouldn’t take on new clients for its pensions administration business – at least in principle.

“We would like the pension funds in the care sector that aren’t yet being served by us to join PFZW,” said Velzel.

While Loodsen would be looking for a new provider from 2020, Velzel said PGGM wanted to keep its other non-healthcare clients – including the €19.4bn Dutch pension fund of Philips and the €7bn sector scheme for painters and decorators – “because they have been deeply integrated into PGGM’s systems”. 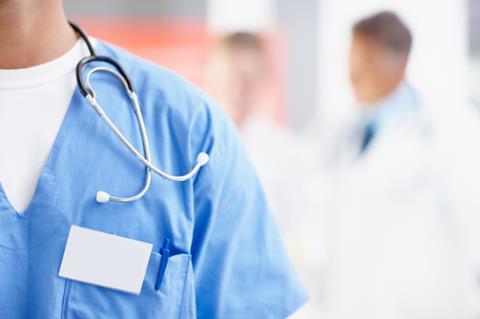 The Huisartsen scheme will likely remain with PGGM

The €10.6bn occupational pension fund for general practitioners (Huisartsen) was also set to stay as it was part of the healthcare sector.

Velzel indicated that PGGM expected to achieve synergy benefits with Stipp, the €198m scheme for temporary workers, which has 1.3m participants in a defined contribution plan with the provider.

General pension fund up for grabs

Currently, Volo has roughly 3,000 participants and is the second-smallest general pension fund in the market.

According to Velzel, PGGM hadn’t set a clear deadline for offloading its APF.

However, the chief executive said PGGM would continue to support the low-cost defined contribution vehicle (known as a PPI) that it operated in collaboration with Rabobank.

Velzel said: “The PPI is an important preparation for an individual DC system with its choice options. If the mandatory participation were to move to the many employers in the care sector, it would be very useful for us to have the PPI available.”

During the next five years, PGGM is to invest tens of millions of euros in IT in order to be prepared for a proposed new pensions system with more choice options for employers and participants.

“Within this new system, which is to deliver tailor-made pension arrangements for large numbers of participants, we expect synergy in the long term,” Velzel said.

While PGGM is to close its door to pensions provision, it wants to open it to third-party asset management clients.

“If we want to be best in class, we need to scale up,” Velzel said “Therefore we are considering opening some asset classes for mandates in part.”

Velzel said PGGM was assessing the options for property at the moment.

Although in its annual report PGGM said it wanted to open its infrastructure fund to external players, the CEO noted that PFZW also wanted to increase its investments significantly, emphasising that the healthcare scheme would have priority.

PGGM’s shift follows other providers such as the €130bn MN, which said that it would no longer take on new clients in order to focus on supporting the large metal pension funds PMT and PME.

However, MN did open up its asset management services to other clients in the metal industry.