The career shift for Johnsen — who is chief operating officer at PFA in charge of customers and services — was announced by both PKA and PFA this morning.

Stephanie Lose, chair of PKA’s supervisory board, said: “Jon is coming to PKA with great experience in the pensions industry. He has achieved really great results in his current role, he has a personality and some fundamental values which fit in with PKA, and he is not least an able leader.”

PFA – where Johnsen has worked since 2009 – said the COO’s last working day would be 30 October, which will leave him with a four-month break before taking the reins at PKA. 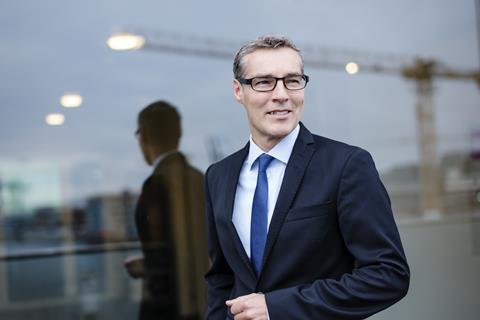 “As part of the management team for more than a decade Jon has contributed strongly to PFA standing today as market leader with a broad-based value proposition for customers and low costs,” he said.

“I understand Jon now wanting to take the step ahead and wish him all the best in his new role,” Polack added. PFA said Polack would lead the firm’s customers and services area in the future.

Johnsen said via PFA that his time at the DKK576bn (€77bn) pension provider — an “incredibly exciting and educational period” — had passed quickly.

In PKA’s announcement, he said he was both happy and proud to get the opportunity to lead the labour-market pensions provider.

“It is one of the biggest and most respected pension funds here, and it is a big legacy that I have to live up to,” he said.

Before joining PKA, Johnsen worked as technical and business director at IT provider KMD, where he was on the management team from 2003 onwards.

Before that, he was a management consultant at PricewaterhouseCoopers.   Alongside his role as COO at PFA, Johnsen is also chair of PFA Bank and a member of the supervisory boards of Letpension, Ringkjøbing Landbobank and Forsikringsakademiet (Insurance Academy).