The PPK plan aims to bring up to 75% of the country’s employed population into occupational pension schemes through auto-enrolment.

Poland’s existing occupational schemes, the employee pension programmes (PPEs), covered fewer than 400,000 as of the end of 2016, compared to Poland’s population of roughly 38m.

Citing European Insurance and Occupational Pensions Authority (EIOPA) data for that year, the government noted that the asset share of PPEs accounted for just 0.1% of GDP. Across the EU, pension assets account for 24% of GDP on average. 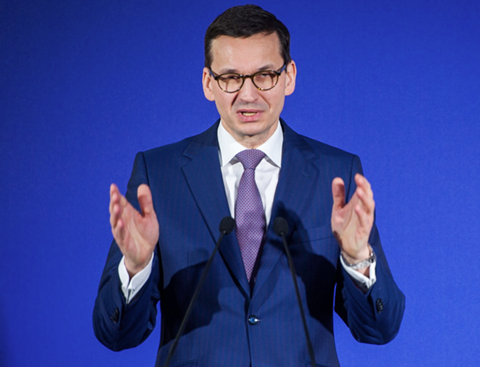 Source: Office of the Prime Minister

However, workers aged 55 years and younger will have three months to opt out of the proposed auto-enrolment system, while older workers, of up to 70 years, will have to opt in.

The government will co-finance each pension pot with an annual PLN240 (€58), along with a one-off welcome bonus of PLN250 after three months of enrolment, until the end of 2020.

The programme will be implemented in six-month stages, starting in January 2019. The first stage will involve companies with more than 250 employees – accounting for roughly 3.3m people.

The final stage, scheduled for July 2020, will cover companies with between one and 19 workers, as well as budget-financed entities such as state schools. This last category accounts for around 5.1m of the total projected 11m uptake.

Asset management will be restricted to Polish investment fund companies (TFIs) registered for at least three years, and co-ordinated by the Polish Development Fund.

One of the roles of the Fund, which also runs a TFI, is to administer the PPK portal.

To keep costs down, the draft limits annual management fees to a maximum 0.5% of net assets, with a further 0.1% allowed as a performance fee.

To avoid market concentration, any any investment fund company (including the company’s subsidiaries) with PPK assets exceeding 15% of the market total will not receive any fees on the excess.

From the finance industry’s perspective the most controversial aspect is the exclusion of other asset managers, such as insurance companies and banks, as well as Polish pension fund companies (PTEs), which manage second-pillar pension funds (OFEs).

Back in 2016 Morawiecki’s proposals covered not only PPKs but the dissolution of the OFEs, with 75% of the assets slated to move into new third-pillar accounts. Nothing concerning the OFEs has happened since then, other than assurances that all will be sorted before the next election – due by November 2019.

Chamber of Pension Funds president Małgorzata Rusewicz welcomed the legislative start of the PPKs as a significant step in pensions reforms, but criticised both the lack of movement on the OFEs and the exclusion of pension fund companies.

“The introduction of broader market competition, including PTEs, to the management of funds accumulated in PPK from the beginning of their creation means greater benefits, including profits, for customers,” she said.

“What is more, the option of choosing an asset management entity is an expression of ownership of the savings collected and gives employees a sense of influence in shaping their pension security and taking responsibility for them.

“The inclusion of PTEs in the management of PPKs is supported by their unique know-how on the Polish market, many years of experience in managing long-term pension savings, guaranteeing the safety of collected assets and generating outstanding rates of returns by Polish investment standards.”

Note: This article has been amended to correct the rates employers and employees will pay in the PPK system.