Poland’s auto-enrolled employee pension plans (PPKs) passed their first legislative hurdle on last week after politicians in the country’s lower house of parliament voted in favour of the bill.

The lower house, known as the Sejm, voted the government’s bill through by 229 in favour to 197 against, with two abstentions. The bill now needs approval from the Senate (the upper house) and president Andrzej Duda.

If it is passed, the law will come into effect on 1 January 2019, with the first tranche of enrolment – for large private companies with at least 250 employees – starting on 1 July.

Auto-enrolment will subsequently be implemented for other tranches of companies in six-month intervals, with the final deadline – for small private companies with fewer than 20 workers, as well as all state-owned companies – set for January 2021.

The system is obligatory for employers and voluntary for employees. Workers up to age 55 years will be automatically enrolled with the option to opt out, while workers aged 55-70 can choose to opt in.

The government is aiming for a 75% participation rate – some 11.4m by the end of the last enrolment phase.

Employers will contribute a minimum 1.5% of gross salary and employees 2%, with the option to increase this by a further 2.5% and 2% respectively.

In order to reduce the burden on those earning lower wages, the law has scaled down the basic employee contribution rate for workers earning less than 120% of the minimum wage to a minimum 0.5%.

The government estimated that, by the end of 2027, the total value of accumulated PPK assets could range from PLN138bn, with the minimum 3.5% contribution, to as much as PLN294bn with the maximum 8% contribution. 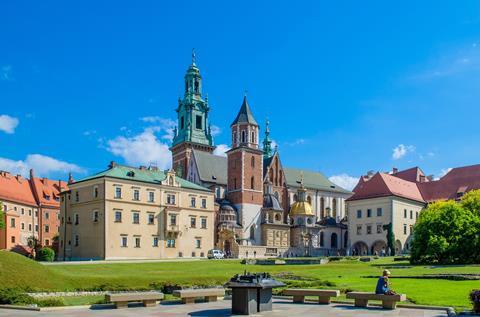 According to a recent survey conducted for the Polish Insurance Association, 66% of respondents assessed the new system positively and 22.2% were negative.

The most appealing feature was that PPKs were deemed private, inheritable funds, the survey found – particularly significant after the previous Polish government transferred sovereign bond assets held in second-pillar funds to the first pillar in 2014, prompting legal action from some savers.

Respondents to the insurance association’s survey were also positive about the voluntary nature of the schemes, and subsidies from employers and the state.

Mariusz Wnuk, vice president and chief investment officer of the Pocztylion-Arka PTE, said his firm would be offering PPKs.

“Our company has managed an open pension fund for 20 years since the beginning of the second pillar reform, and PPKs are very close to the idea of a second pillar,” he said. “As a matter of fact, they seem to be better designed as an important part of our pension system and capital market.”

Each PPK provider will have to offer at least four funds or sub-funds with investment strategies tailored to the age of the participants. OFEs, in contrast, can only provide one portfolio, with no exposure to Polish government bonds.

Both PPKs and OFEs are subject to a cap on investment in foreign assets of 30%.

Wnuk added: “The PPK act will regulate eligible asset classes, investments and allocation limits for different age groups. On the other hand, [permitted] allocation differences will reach 30%, which gives us space for discretionary decisions.

“Our first view on investment strategies is to use the legal limits and guidelines to build core portfolios and use more active strategies the younger the members are.”

Participants will be able to access their fund for retirement purposes after age 60, with the option to take 25% as a lump sum.

The remaining 75% is paid out in a minimum 120 monthly instalments, or a shorter period but with the penalty of capital gains tax.

Members can also access 25% of their fund should they or a dependant fall ill. Participants can also tap their fund for a short-term loan to build or purchase a house or flat.