Tonight at 11pm GMT the UK will leave the European Union – finally, you might say, following three years of negotiation, renegotiation and delay.

For many of our readers outside the UK, Brexit will largely be a non-event, at least from an investment perspective, given that UK equities comprise around 4-5% of global equity and bond indices.

The 11-month transition agreement until 31 December this year guarantees continuity for the time being.

For the UK, Brexit is a huge watershed in the financial services sector, which accounted for 6.9% of economic output in 2018.

Britain’s government must work to stem the gradual slide in confidence in the UK as a financial centre as investment managers and others have moved people and operations to the EU, and to bolster the confidence of direct investors in private equity, property or infrastructure.

For now, the UK also faces significant challenges in recreating the EU regulatory and supervisory architecture domestically. Both the EU and the UK are committed to equivalence frameworks for regulation and supervision.

Yet an increasingly strident UK government, in tone at least, has raised the prospect of significant divergence from EU rules, although with no clarity as to where or how it might seek to deviate. 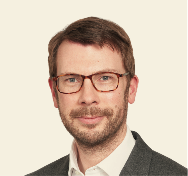 Given that the UK played a pre-eminent role in drawing up the MiFID legislation, among much else, EU rules or close equivalents should mostly be fit for purpose. Yet pressure from lobby groups for self-serving changes could be hard to resist.

As a January 2020 report from financial services lobby group The City UK points out, the European Commission appears to be taking a harder line on equivalence arrangements.

In other words, political pressure both within the EU and the UK is going to make business as usual harder to maintain. And the prospect of a hard ‘post’ Brexit cliff edge remains at the end of this year, even if measures hastily put together in early 2019 to enable the functioning of markets and basic regulatory processes would alleviate the worst effects of such an outcome.

Brexit means the Netherlands is now by far the largest EU occupational pensions jurisdiction. It remains to be seen whether the sector can continue to hold off the prospect of harmonisation between insurance and occupational pensions solvency rules, an objective long cherished in some quarters.

From IPE’s own perspective, regardless of our legal jurisdiction, nothing will change. As a London-based publication with a European outlook, we will continue our coverage of issues that matter for European pension funds and institutional investors.

Despite the divergence of Brexit, institutional investors remain focused on the same broad objectives and challenges as they did before.