The UK’s Pensions Regulator (TPR) plans to introduce a two-part system for regulating the funding of defined benefit (DB) schemes, according to its regulatory policy director.

Speaking at the Pensions and Lifetime Savings Association’s annual conference in Manchester, TPR’s executive director David Fairs told delegates that the regulator planned to consult on a “fast track” system for schemes to gain approval for their deficit recovery plans.

This would allow schemes to submit information to the regulator in a standardised format, outlining the length of their recovery plans and contribution schedules. TPR will consult on a test of certain scheme metrics to decide whether schemes qualify for the fast track.

Fairs said the system would be designed to reduce the regulatory burden on well-run schemes by prescribing what TPR would expect to see, such as the length of recovery plans and what risk parameters had been set. TPR wanted schemes to reach a “state of maturity”, he said, meaning they were less reliant on their sponsoring employers.

Alongside the fast track, TPR planned to bring in a “bespoke” system for more complex cases that required more regulatory interaction, Fairs said. Schemes taking this route would be able to vary their recovery plans and take more investment risk, he explained, but would also be challenged by the regulator to justify their decisions. 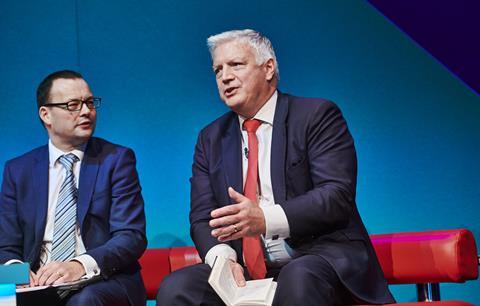 “For the schemes that go down that flexible approach, we will look at what they’re doing in much more detail”

“For the schemes that go down that flexible approach, we will look at what they’re doing in much more detail,” Fairs said. “They will face some scrutiny and some challenge from us, but that’s a perfectly acceptable way to comply with what we want.”

While the current funding regime was “pretty much working as it should”, Fairs said, some schemes or employers abused the flexibilities in the system or struggled to understand it.

“Also the landscape has changed,” he added. “A lot of DB schemes closed in the 80s and 90s. They’re now beginning to mature. The youngest people in those schemes are probably in their late 40s and 50s. Probably more than half of DB schemes are now cash flow negative.”

The terms and details of the new funding code will be subject to consultation in the coming months. TPR is to receive new powers through the Pension Schemes Bill, announced earlier this month, which will help bring about the new regime.

However, Fairs admitted that the timing of the consultation and the introduction of the new funding could was uncertain due to the amount of parliamentary time being taken up by Brexit.

The Pension Schemes Bill was introduced to the House of Lords, the UK’s upper house of parliament, on 15 October and is scheduled for a second reading on 30 October. As trailed in the government’s white paper on protecting DB schemes, it grants TPR significant new fining powers, and extends its information-gathering powers.