This year is set to be pivotal for the Irish pension system.

Ambitious plans set out in 2018 are progressing, albeit with problems still to be resolved, while the government is expected to introduce legislation enacting the EU’s IORP II directive – more than a year after the deadline passed in January 2019.

Changes to the state pension age are also coming into force, rising from 66 to 67. However, the Irish Association of Pension Funds (IAPF) has warned that people affected have not been properly prepared. Those turning 65 this year could be forced to seek government support through the jobseekers’ allowance, according to IAPF chief executive Jerry Moriarty.

“The fact that our government expects the 30,000 people who will turn 65 in 2020 to sign up for jobseekers’ allowance for two years is nothing short of an insult,” he says. “A group who will have contributed to both the Irish tax take and the Irish economy for over 40 years should not have to face this prospect after a lifetime of work.”

The IAPF has called for the introduction of a “reduced pension” to help this group. The government should also consider phasing in the age increase, Moriarty says, “to avoid the cliff edge and to ensure that these pensioners do not lose out on a full year’s pension”. 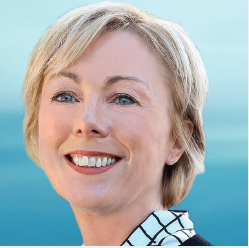 The state pension question is one of many issues currently in the inbox of Regina Doherty, the minister for employment and social affairs, however.

Auto-enrolment latest
In a statement published in October, the Irish government announced the approval a “large part” of its proposed automatic enrolment pension system, slated to open for contributions in 2022.

It followed a consultation process based on its ‘straw man’ plan, which Doherty conceded was “ripped to bits” by respondents – although she claimed the feedback was positive.

The revised proposal has a longer implementation period, with contribution increases scaling up at a slower rate than originally planned. People in employment aged between 23 and 60 and earning at least €20,000 a year will be auto-enrolled if they are not already in an equivalent employer’s scheme. Those aged under 23 or over 60, or earning under €20,000 a year, will be able to opt in.

The system is designed to improve pension coverage across the working population: a report from the Central Statistics Office (CSO) published in January 2020 revealed that almost half of workers were not contributing to a workplace pension. Other estimates put this figure much higher when state employees are removed. In addition, the coverage rate for younger workers is just 44%, according to the CSO.

“As the state pension is paid at a flat rate, rather than earnings-related, workers without retirement savings are exposed to a significant drop in their living standards in old age,” she says.

However, while Regina Doherty has repeatedly stated that the government’s plans are running to schedule, a promise to have the auto-enrolment plan finalised by the end of 2019 has not been kept.

One of the main stumbling blocks, according to Roma Burke, partner at LCP Ireland, relates to tax relief. Ireland grants a flat rate of tax relief on pension contributions of 25%, meaning that standard rate taxpayers – paying 20% income tax – would be better off under auto-enrolment. However, 40% rate payers would be worse off.

“This has been flagged by a lot of stakeholders within the market, which is probably why the discussion is taking a bit longer within the departments,” Burke says. “The question is: what should tax relief be on retirement saving? It has to tie in with the government’s objective. Is it to encourage people to save for retirement? Or is it to set up a savings scheme cost effectively?”

“As the state pension is paid at a flat rate, rather than earnings-related, workers without retirement savings are exposed to a significant drop in their living standards in old age” - Laura Bambrick

If this situation is not resolved it will put employers in a difficult situation, she explains.

Oversight provisions
The government also has to decide upon the structure of the organisation responsible for overseeing the operation of the auto-enrolment regime.

Willie O’Dea, Fianna Fáil politician and a campaigner for pension reform, quizzed Doherty over plans for the “Central Processing Agency” during a parliamentary debate in December.

The Central Processing Agency will be responsible for sourcing registered pension providers and establishing minimum standards for service delivery and product features. It will also be responsible for setting annual administration, management and investment charges at a maximum 0.5%.

O’Dea raised concerns that setting up a new body would be “a very large bureaucratic and expensive operation” and urged the minister to consider using the Revenue Commissioners – which handles income tax – to process contributions.

However, Doherty contended that the new agency’s operating costs would be covered by the planned 0.5% cap on administration costs.

She also argued that auto-enrolment was not meant as a tax, and the government did not want people to see the money put into new pension savings pots as a further tax on their income.

Doherty added: “People need to have full respect for whatever the central processing agency is. I know some people have suggested that it should be the National Treasury Management Agency. However, if we have to establish a new agency, that agency should command the same respect and authority in the legislation we pass. For me it is all about the people owning their pension pot and having choice.”

In a separate parliamentary debate in September, the minister also admitted that a new IT system would have to be built to support auto-enrolment, adding that a supplier for this had yet to be appointed.

A further consultation is planned when the final pieces of the system have been agreed.

Ireland’s regulator, the Pensions Authority, has consulted on proposed rules for the defined contribution master trusts that will be the main providers of auto-enrolment. In June 2019, it published a response to a year-long consultation on master trust regulations. 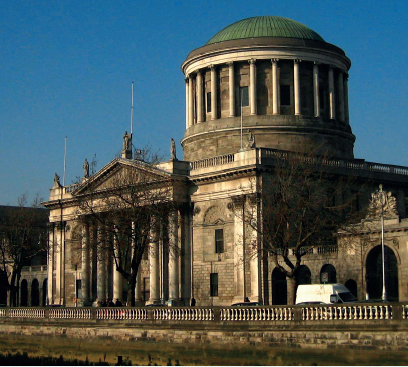 The High Court in Dublin

The new rules propose minimum capitalisation requirements, continuity plans, and “own risk assessments” in line with the IORP II directive. Charges must be transparent, and trustees must be aware of the ability of their scheme to take on new members.

IORP II and DB protection
On top of the delays to finalising auto-enrolment, Ireland has yet to transpose the European Union’s IORP II pensions directive into its national lawbook. This is more than a year after the EU’s original deadline.

The barrier has been a legal challenge from the Association of Pension Trustees of Ireland (APTI), which objects to the government’s plan to apply the new investment and governance rules to all pension schemes, regardless of size. This is despite IORP II containing a carve out for schemes with fewer than 100 members.

APTI applied to the High Court in Dublin seeking a ruling that the IORP II laws would not apply to single-person schemes. The case began in October but was soon adjourned at the request of APTI to allow the social affairs minister to consider the matter. The adjournment means the government is free to transpose the directive into law.

Doherty has previously said that “members of smaller schemes should get the same protections and oversight as members of large schemes”.

Law firm Mason Hayes & Curran anticipates that APTI will recommence the proceedings if the government does not make single-person schemes exempt. However, in a comment issued in November the law firm said it was not clear what the government would decide, meaning trustees of such schemes should review investment, compliance and administration procedures in line with IORP II standards. 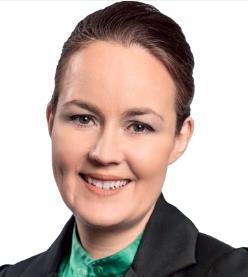 “The question is: what should tax relief be on retirement saving? It has to tie in with the government’s objective” - Roma Burke

Most larger schemes have been doing this following detailed guidance issued by the Pensions Authority, according to LCP’s Burke, meaning that as and when the IORP II directive is transposed, most schemes should be prepared.

The year ahead
One solution to the lack of progress with legislation was put forward by the IAPF at its annual conference in October. Moriarty called for the appointment of a dedicated pensions minister to ensure the government was focused on the retirement reforms.

He said: “The sheer scale and urgency of this issue is such that it needs a dedicated focus and we therefore believe that a minister for pensions should be appointed, as has been done in a number of other European countries.”

Later in October, when the auto-enrolment system was announced, Doherty sought to reassure the industry that the schedule would be met.

“The implementation of this system by 2022 will be one of the most ambitious and ground-breaking reforms for Irish workers,” she said. “Proposals are being developed for government to phase in the implementation process, which will enable automatic enrolment to commence by 2022 as planned.”

Whether this comes about could well depend upon what the government is able to finalise in 2020. It is arguably a make-or-break year for Irish pension reform.