1
Manager Selection: A new guide to the future
Reports

Past performance is an unreliable guide to future success. Might the corporate culture of asset managers offer better foresight?

As investment performance numbers are backward-looking, investors are warned by regulators not to rely on them as a guide to the future. Unfortunately, regulators do not offer any better suggestions, which is one reason why past performance continues to influence asset owners’ decisions in choosing who runs their capital. Other metrics such as a provider’s operational experience, team stability and strategy capacity are also baked into a typical request for proposal. But while documents grow longer by the year, pension funds and similar institutional investors continue to be surprised by how their investment strategies fare post-appointment.

And so, investment consultants are trying to get inside the minds of asset managers and the environment they create at work. Culture is the new buzzword and the argument for understanding it better is potent. “Presuming that culture doesn’t change quickly, then unlike investment performance and service, it may be forward-looking,” says Chris Sier, founder of ClearGlass, a cost-analysis consultancy. In other words, it may act as a guide to the future (see box).

Not just consultants but clients and managers are waking up to this trend. “From our research, there is recognition that culture is the competitive advantage,” says Marisa Hall, co-head of the Thinking Ahead Institute (TAI), a investment management think tank spun out of Willis Towers Watson.

Squidgy stuff
So far, so good. But then one starts to delve into the components of culture – what Hall describes as “squidgy topics” – such as purpose. She says these are not what many learned on the syllabus at university. Discussing these topics could daunt some asset managers and owners, especially those looking for a quick fix on culture before returning to business as usual.

Characteristics of a worthy culture such as transparency, diversity, inclusion, fairness and integrity can be easily claimed, just like ESG credentials. But unless they are genuine beliefs, habitually practised, then the claims are not substantial. 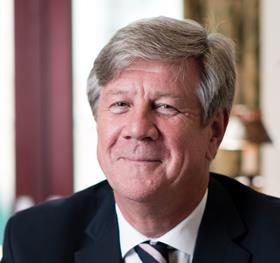 It is no surprise that Hall talks about sustainability in the same breath as purpose. She contends that a purposeful investment firm has greater legitimacy and sustainability. It is willing to be clear about what it does because it recognises its own worth in society. TAI works on the basis that such clarity requires a new narrative and communication among staff and clients. But that conversation has yet to begin at many investment firms because they retain a narrow focus on performance, even though the two groups who benefit most from effective culture are employees and clients (via the Employee Value Proposition and the Client Value Proposition, in the jargon of TAI).

Moreover, Hall is adamant that purpose, squidgy as it is; and the Employee Value Proposition, clunky as it sounds, can be measured. For example, the TAI has developed a Purpose Quotient Score, which asks eight closed questions such as: “is the culture well-articulated by leadership and highly appreciated by associates?” and “Is the organisation’s purpose expansive (involving wider stakeholders) and exciting (involving inspiring narrative)?” A point is scored for affirmative answers.

Then there is a Culture dashboard, which rates factors including whether the firm is people-centric, again discerned by questions. One prospective manager said that being assessed by Willis Towers Watson feels like going for a job interview. 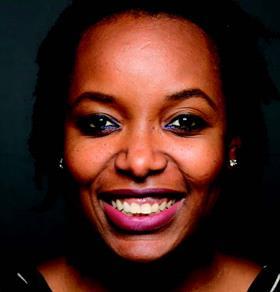 “There is recognition that culture is the competitive advantage” - Marisa Hall

The point is that investment managers will not get that ‘job’ if they lack an effective culture. The work developed by the TAI has been used by Willis Towers Watson to reject managers from buy lists, notably for having a star culture which promoted individuals above teamwork.

Other consultancies are making less noise about culture but take it seriously in assessment. “I don’t think it needs to be separated out from the selection process,” says Nick Samuels, head of manager research at Redington. “For example, you cannot take a view on risk assessment without understanding culture.”

Much of Redington’s analysis takes place where the two meet, in conversation with analysts and support staff around a portfolio management team. Samuels says it is amazing how often contributing employees are not on board with the team’s strategic messages, let alone the firm. This inconsistency is rich hunting-ground for consultants researching the modus operandi of any team and Samuels says Redington is prepared to talk to any member of staff if the conversation gleans insights. He says it is important that these interviews take place in private to get the unique view of each individual, and that asset managers are prepared to grant consultants that level of inquisition. 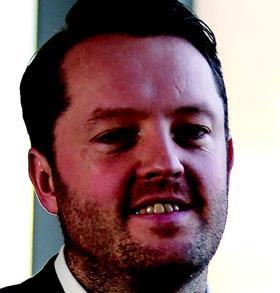 By the same token, Redington is keen to observe diversity of thought among portfolio teams. This is a nod towards pioneering management thinker Meredith Belbin’s distinction between “a brilliant collection of minds and collection of brilliant minds”. For Samuels, cognitive diversity is more likely to see every facet of an investment decision covered. To this end, and to mitigate the danger of star managers, one of Redington’s 10 themes in assessment is labelled ‘Self-aware Advantage’. Samuels says he has no problem with arrogance in a portfolio manager but it needs to be checked by the influence of others. He gives the example of a successful investment manager who advertised anonymously for a team to support him. That team was drawn from different backgrounds, professions and ages. None knew for whom they were going to work until they had succeeded at interview. Samuel’s point is that the manager wanted to have final say on his decisions but was shrewd enough to employ others to challenge his reasoning.

Different thought processes
What about cognitive diversity among manager selectors themselves? Adrian Furnham is professor of psychology at University College London and an adviser to Stamford Associates. When it comes to assessing ‘people businesses’ such as money managers, Furnham ponders why consultants themselves do not hire more behavioural specialists. He says: “If you are looking for an ‘edge’ in the selection and modelling of people, it makes sense to go to professionals who do this for a living, that is psychologists.”

Looking back to the future

Leeds University in the north of England is not renowned for its asset management studies but that may be about to change. A new institute is being established there to investigate the relationship between levels of customer service, costs and returns in institutional investment management.

The data for these three sources will go to Leeds via two specialists organisations: ClearGlass and Insticube (a joint venture in which IPE is involved). The former gathers and analyses investment management costs; the latter surveys the client servicing of pension funds and their perception of value from asset managers. Chris Sier, founder of ClearGlass, says that although all these sources are backward-looking, analysis shows there is correlation between poor responsiveness to requests for data and low levels of client servicing and performance. In other words, firms reveal their culture even in mundane activities. Sier says there is evidence of links between a substantial gender pay gap and poor value, although the data is sparse.

ClearGlass has already analysed over 3,000 products and Sier’s previous role was spearheading the UK financial regulator’s investigation into cost transparency in institutional investing. Nevertheless, his firm is no leviathan and it may be that the cultural insights it currently gains as a newcomer will lessen as it becomes more established.

For now, the academics in Leeds have lots of fertile data with which to play.

Stamford sends Furnham or a colleague alongside a conventional analyst to assess portfolio managers. “When we enter the room, the first question they always ask is which one of us is the psychologist,” reports Furnham. “They are wary for the first five or ten minutes but then forget we are there.” They are interested in how portfolio managers react to success and failure, and is brought forth by the ‘conventional’ Stamford analyst discussing stock selection.

Like Redington, Stamford is keen on exit interviews with analysts and staff supporting portfolio managers. “This is a mini-corporate culture of three to five people and no one knows managers better than the analysts working with them,” he says.

In terms of which traits make for an outstanding manager, Furnham suggest three (there are more):

One caveat is that there can be negative elements to these characteristics. For example, detail orientation can lead to analysis paralysis. Coolness under pressure can lead to a lack of empathy. Furnham says that there is no ideal mix of traits and better to have enough of each than endlessly search for a manager that has extraordinary quantities of all. He also reckons that with the right help and feedback, managers can learn about their own traits and change behaviours.

While Furnham concentrates on the mini-corporate culture of each strategy, this belief in the possibility of change is crucial; it resembles the total culture analysis promulgated by the TAI. Indeed, Hall talks ambitiously as if the whole investment industry could pivot itself towards greater self-awareness and self-improvement.

Such a goal is laudable; it would make the world a better place. But there are obstacles. As William Lazonick, professor of economics at the University of Massachusetts Lowell observes, most businesses these days do not have a theory of value. He claims executive management focuses on, and is complicit, in maximising shareholders’ financial returns to the exclusion of other goals and considerations.

Of course, if those returns are considered over the long-term rather than the short-term, then the competitive edge derived from improved culture will be welcome. But the TAI is not so naïve as to contend that culture and returns are easily reconciled. It recognises that there are trade-offs between the competing interests of shareholders, clients, employees and other stakeholders. These can, however, be weighted and explored; they need not represent an immovable block to cultural change.

In challenging current norms in the investment industry, the TAI work goes some way towards Lazonick’s doubts about the presence of values in modern business.