In the next three years, Norway’s sovereign wealth fund is set to emerge as one of the biggest investors in unlisted renewable energy infrastructure, building a portfolio of NOK100bn (€9bn) from scratch.

But since the long-debated plan was firmed up last October, changes in circumstances both within and around the Government Pension Fund Global (GPFG) have cast doubt on the green infrastructure ambitions of its manager Norges Bank Investment Management (NBIM).

It is more than five years since the Norwegian Ministry of Finance said it would consider allowing the fund to establish an unlisted infrastructure portfolio – news that was then followed by years of discussion on the merits and risks of adding the new investment class.

The upper limit on those mandates was to be doubled to NOK120bn from NOK60bn.

Later in the year, NBIM spelled out broadly how it intended to use the new freedom. It said in its 2020-22 strategy document that it planned to have about 1% of the fund invested in unlisted renewable energy infrastructure by the end of 2022.

According to the plan, the central bank’s investment arm said investments would focus on Europe and North America – these regions having tested regulatory frameworks and experience with private funding of infrastructure assets.

Wind and solar power generation assets are to be the main investment focus for NBIM. It also said it would look for projects with low power price risk, stable cash flow and limited risk to the principal investment.

NBIM favours equity investments for the new holdings but said it could also invest in other parts of the capital structure. Direct co-investments are preferred, although investing in renewable funds will also be considered, according to the strategy plan.

Once the new chief executive is in place, probably in September, Slyngstad will move to London, although the renewables team itself could be located in a range of NBIM offices internationally.

However, these planned organisational changes have been overshadowed by a crisis at the top of the GPFG’s management around the appointment in March of hedge fund multi-millionaire Nicolai Tangen as Slyngstad’s successor.

At the time of writing, the central bank’s supervisory council was deliberating on several matters. These include whether the appointment process was conducted properly, and whether Slyngstad adhered to ethical rules regarding hospitality he accepted from Tangen prior to his appointment.

How the bank emerges from the scandal could have implications for the fund’s management. 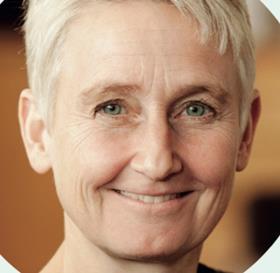 “The combination of high government spending on COVID-19 measures and low oil prices implies that the liquidity for infrastructure investments must come from the sale of bonds or stocks. This means a substantial sales pressure on top of that necessary to meet the government’s liquidity needs” - Karin Thorburn

Although environmentally-beneficial investments first existed in the oil fund as a separate portfolio back in 2001, the environment-related mandates in their current form have been a component of the fund since 2009.

They divide into three categories: low-emission energy (including renewable energy producers or developers of such equipment); natural resource management (involving holdings in water management firms – for example, develop technology improve water quality); and other environmental technologies, (such as those to improve energy consumption or limit harmful emissions).

Since they were first set up, the environment-related mandates were managed both internally and externally, but in 2018 Norges Bank decided to manage them entirely in-house for cost reasons.

While on paper the new unlisted infrastructure investment will be done within existing mandates, organisationally, building an entirely new operation is unavoidable.

“Infrastructure is a different type of asset that requires deeper knowledge and understanding of the energy space and other infrastructure type of projects,” says Karin Thorburn, professor of finance at Norwegian School of Economics in Bergen. However, she says some of the back office functions will probably be able to be performed within NBIM’s current organisation.

The intended shift of the current assets in the environmental mandates, along with other assets in the GPFG’s overall portfolio, towards unlisted investments now seems less likely to come to fruition by the end of 2022 than it did when the three-year strategy plan was presented.

The target of 1% was ambitious in absolute terms, involving €10bn of new money flowing into the renewables sector, according to independent London-based consultant Georg Inderst. He says that in the context of the overall fund, the weighting would not shift the risk-return balance of the GPFG by much.

“The more interesting question is whether it is a realistic target,” says Inderst, who expects progress to be very slow for several reasons.

“First, interest in renewable energy has already been sky-high before the coronavirus crisis, pushing valuation of assets up, especially in the lower-risk areas NBIM is seeking, along with so many other pension funds, insurance companies, sovereign wealth funds, endowments and other institutional investors.”

Industrial companies and private investors have now also joined this race for renewables, he says “Finding investable assets at scale will be quite a challenge for the manager, especially g iven their own risk-return, ESG and other requirements.”

On top of this, Inderst says, all institutional investors will now have to fundamentally review their investment strategies in the light of the pandemic.

“Different infrastructure sectors and assets have been hit in very different ways – with airports at one end and digital infrastructure at the other end – and need to be fundamentally reassessed,” he says.

As for energy infrastructure, Inderst says the outlook is mixed, shaken by the economic outlook, oil price volatility and climate-change policies. “For renewable energy, much will depend on the concrete policy response of the various governments,” he says. He adds that all this will take time to become clearer.

Other factors likely to slow NBIM’s path into unlisted infrastructure investment are the rapid change in the political landscape affecting the asset class, he says, as well as possible change in the investor landscape during the virus crisis and recovery.

“Last but not least, the new CEO of NBIM will bring in a new s et of professional and international experience and this may well lead, gradually, to further adjustments in the investment strategy,” says Inderst.

For Thorburn, the 1% target is very ambitious. “The combination of high current government spending on COVID-19 measures and low oil prices implies that the liquidity for infrastructure investments must come from the sale of bonds or stocks,” she says. “This means a substantial sales pressure on top of that necessary to meet the government’s liquidity needs.”

Thorburn says the fund’s investment mandate should never have be opened up for unlisted infrastructure investments in the first place. “These investments can be very costly and it takes a long time to evaluate the success of the investments,” she says. She also points to problems related to transparency and reputation.

“With infrastructure investments, the Norwegian government may end up with risks that it does not want to hold as a nation. For example, if a power dam in Nepal bursts and a village is wiped out, how does this correspond with the responsibility and image that Norway has as a country?” she asks.

Listed infrastructure funds have underperformed their risk-adjusted benchmarks for long periods in the past, she says. She adds that there is no indication the current pricing of such assets will generate positive risk-adjusted returns in the future.

“What we do know, however, is that such investments require a big and costly organisation,” Thorburn says.