It is starting to seem like the UK government’s long-awaited reforms for pension schemes might never be completed.

The Pension Schemes Bill contains several important changes, including new powers for the Pensions Regulator (TPR), a framework for the planned Pensions Dashboard, and a regulatory design for collective defined contribution (CDC) schemes.

After months of speculation, the bill was first published in October 2019 but was soon shelved when Prime Minister Boris Johnson called a snap election in December.

Having secured a majority in parliament, Johnson’s Conservative party quickly re-introduced the Pension Schemes Bill (2019-20) in January. However, as it approached the end of the first stage of scrutiny in the House of Lords, the UK’s upper house, normal parliamentary business was suspended as the spread of the coronavirus took the government’s full attention. The last debate on the bill was in March.

On parliament’s website, the bill’s first report stage has no scheduled date for completion. Tellingly, the bill’s name has also been updated to the Pension Schemes Bill (2019-21), indicating that any major movements are unlikely to happen for some time.

While the delay is necessary and unavoidable, it is nevertheless frustrating for an industry that has been working towards some of the changes for years.

DB transfers
A key area of concern relates to pensions fraud, whereby members of defined benefit (DB) schemes are persuaded to transfer their guaranteed pensions into non-guaranteed arrangements that are often fraudulent, expensive, complex, or a combination of all three.

The new bill includes measures designed to limit the circumstances in which people can transfer out of DB schemes, and to restrict the types of pension arrangement that can accept transfers.

Tommy Burns, risk and financial crime manager at Phoenix Group and deputy chair of the Pension Scams Industry Group (PSIG), says the effects of the pandemic and its economic impact “is only likely to increase the numbers of victims falling prey to scammers”.

“The complexities of today’s scam models pose significant challenges not only for trustees and administrators, but also for the regulators and the police, but having the right legislation in place will help ensure people’s savings are there for their retirement,” he says.

The PSIG is lobbying for an amendment to the bill to “provide trustees with the discretionary power to override the statutory right to transfer”, Burns adds. This would give DB scheme trustees the power to block transfers if they or their administrators spot signs of fraud.

TPR powers
In its 2017 manifesto, the Conservative party pledged to impose criminal sanctions on company executives who willingly avoided their responsibilities towards funding DB pension schemes.

The Pension Schemes Bill introduces powers for TPR to impose fines of up to £1m (€1.1m) on executives who prevent pension scheme debts being paid or put accrued pension benefits at risk. The penalty for both offences is a fine and/or up to seven years in prison.

Other actions that can incur the £1m penalty include failing to comply with contribution notices requiring employers to pay into schemes. 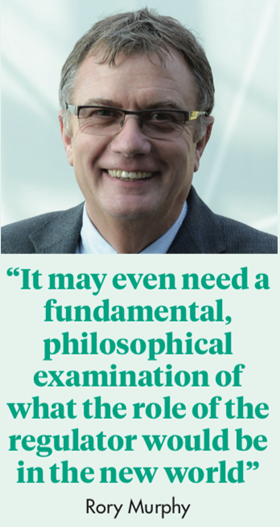 According to an analysis of the bill’s details by law firm Stephenson Harwood, failing to notify TPR of a “notifiable event” – the details of which are set out in legislation and due to be expanded – can also land company leaders with the £1m fine, as can “knowingly or recklessly providing TPR or a trustee with false or misleading information in certain circumstances”.

Anne-Marie Winton, partner at ARC Pensions Law, says TPR is “required to be reasonable” when enforcing its rules but the draft legislation “fully supports” the regulator’s mantra of being “clearer, quicker and tougher”.

Employers sponsoring DB schemes “need to be aware of the increased penalties…. and must ensure that they comply fully”, Winton adds.

Jonathan Camfield, partner at consultancy firm LCP, wrote in a blog post in December: “In the long term, all this could lead to more cautious actions: more cautious for pension schemes, with companies supporting earlier de-risking, including passing the schemes to an insurance company; but also more cautious for companies, with some boards perhaps being less willing to take commercial risk in order to seek to grow the business, in case this is shown to put the pension scheme at risk.”

Rory Murphy, chair of the trustee board of the £3.2bn Merchant Navy Officers’ Pension Fund, argues that the experience of the pensions sector during the current pandemic should serve to inform the future path of TPR’s work.

He says TPR should pay more attention to the “interconnection between the governance of companies and pension funds”.

“One of the reasons I’ve always been a bit scathing on the regulator is that very often it’s not the pension fund that is the problem – it’s the sponsor,” Murphy says. “To me, there seems to be a gap between the role of the employer and the role of the fund, which I don’t think the regulator is able to bridge – even if it’s only a small one. It may need some more fundamental legislation to overcome that.”

CDC schemes and the dashboard
A prototype dashboard was developed by the Association of British Insurers in 2016, and the government-backed Money and Pensions Service, launched last year, has taken on work in this area. The model is ready to be put into use, but without a legislative framework compelling pension providers to supply it with data, it cannot go forward.

The new bill also provides a framework allowing for the provision of a “collective money purchase”, or CDC, schemes.

The Royal Mail Pension Plan – currently operating a DB structure with £11.2bn of assets as of 31 March 2019 – is, so far, the only scheme that has expressed an interest in adopting the CDC structure. The Royal Mail and the Communication Workers Union agreed on the new structure in February 2018 and have been lobbying ever since for the required law changes.

With the delay to the Pensions Bill, however, the scheme cannot finalise its planned changes for the company’s 140,000 employees.

Next steps
Several other amendments were tabled as the new bill was debated in the House of Lords. These included detailed requirements for pension schemes to report in line with guidelines set by the Task Force for Climate-Related Financial Disclosures (TCFD).

These could give the government “unprecedented new powers” over how pension schemes invest their assets, warned the Pensions and Lifetime Savings Association (PLSA) earlier this year.

The latest draft of the bill includes the amendments, although they have met with some resistance during debates. They are likely to receive more support in the House of Commons during the bill’s second stage – when this eventually takes place – as the DWP has actively supported TCFD reporting for pension schemes.

In its commentary on the bill, Stephenson Harwood stated: “The bill’s current contents – in particular, with regard to the extension of TPR’s powers – are to be welcomed. If the bill does get through the legislative process, it should continue to ensure that defined benefit pension schemes are at the forefront of minds during corporate decision-making.”

However, with the bill’s progress halted and no clarity on when it might resume, the UK pensions sector can only wait.