Buoyant markets over the second quarter of 2019 allowed Spanish occupational pension fund returns to climb to 2.9% for the 12 months to 30 June 2019, according to the Investment and Pension Fund Association (Inverco).

The second-quarter figures brought the average annualised returns for Spanish occupational funds to 2.9% for the three years to end-June 2019, and 2.8% for the five-year period.

However, David Cienfuegos, head of investments for Spain at Willis Towers Watson, said Spain’s occupational pension funds were having to adjust to a new world, characterised by the dramatic plunge in yield from 10-year Spanish bonds – now 20-30 basis points – over the past couple of months, bringing them into line with global bond yields.

Cienfuegos said: “Recent market developments have triggered the need for occupational schemes to reassess their overall asset allocation. Those schemes with strong governance have been working on it over the past couple of years to be ready for a scenario like this one.”

He said that, over the past nine months, the amount of global government and corporate bonds yielding negative returns had tripled: “So the investment universe for schemes with weaker governance will likely seem unsustainable, sooner rather than later.”

Cienfuegos observed: “So far, 2019 is starting to show who has done their homework, and who has been sitting around waiting for returns to continue more or less the same. A difference of up to 4-5% in annual returns between the best and average performers tells you the answer.”

Inverco’s figures showed that, within Spanish pension funds as a whole, Spanish government bonds have now been overtaken by non-domestic equities as the largest single component in portfolios. The latter now make up 22.5% of assets, compared with 22.1% for government bonds.

Other long-term shifts continued: the average fixed income allocation fell slightly over the second quarter to 47.3% of portfolios, while equities rose to 35.9%, as at end-June 2019.

The average allocation to domestic securities at end-June 2019 remained stable at 53.7% of portfolios on average, compared with 33% in non-domestic assets.

Cienfuegos said: “We would expect pension funds still accounting for over half their portfolios in traditional fixed income exposure to desperately look to improve return expectations and risk management, moving away from bonds and into alternative asset classes that could hopefully offer a more balanced risk-return profile.”

In contrast, he said, the gradual transition for those schemes with advanced governance away from a dominant position in bonds and into alternatives allowed them to be better equipped for future market developments.

According to Inverco, total assets under management for the Spanish occupational pensions sector at the end of June stood at €35.1bn, a slight increase on the end-March figure. The number of participants in the occupational system remained static at just under 2m. 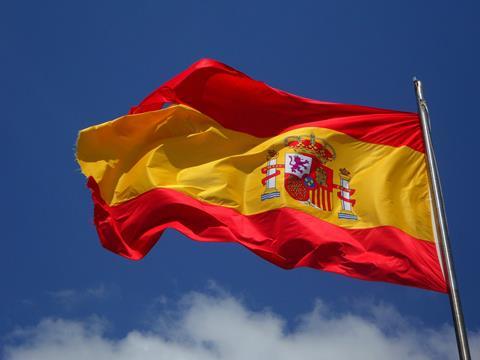 Spain: Reforms on hold
Chronic political instability has turned attention away from pension reform while features of previous legislation have been undone