The head of the lobby group for Swedish investment funds has hit out at the newly-published reform proposal for the country’s premium pension system, saying it puts too much power in the hands of a single state agency and does not strengthen consumer protection.

In a statement by the association, whose members include AMF Fonder, Skandia Fonder, Franklin Templeton Investment and Aviva Investors, Nordström levelled a range of criticisms against a proposal presented on Monday by special investigator Mikael Westberg.

The plans cover stage two of the ongoing reform to the defined contribution (DC) part of the Swedish state pension, the premium pension system, and are set to drastically reduce the choice of funds available to savers.

The group said the investigation proposed gathering all the power and capital in the system – which it said would eventually amount to SEK4trn (€376bn) – within a new government agency, which would procure the premium pension funds that savers are to be allowed to choose from.

The proposal sets out an enlarged role for national pension fund AP7 in the next phase of the reform, building on its current duty as provider of the default option within the system.

According to a government report, at the end of 2018 AP7 managed 42% of the assets in the premium pension system, with assets across all providers amounting to SEK1.1trn. 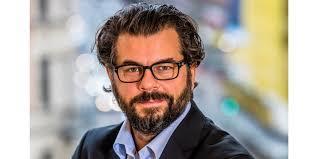 Nordström went on to say that freedom of choice in the premium pension system is limited to about half of Swedes – those who had made an active choice of funds – and, under the new plan, there were significant risks such as power being concentrated among a few giant funds.

“One should also be aware that funds that are not allowed to participate in the PPM procurement will lose their economies of scale, which of course will have negative spread effects on other parts of the market such as occupational pension savings,” he said.

He also criticised the fact that, according to the investigation, when the new procured funds marketplace was introduced, the fund choices savers had previously made would be annulled and money forcibly transferred to funds the savers had not chosen – but which the officials of the authority thought were equivalent.

On top of this, he said, the association had received signals that successful and popular funds did not want to be part of the system proposed by the inquiry.

Nordström  said that “fund managers who care about their long-term savers believe that there is an excessive risk that the return will be adversely affected if the fund first handles a strong inflow of PPM money, and then a corresponding outflow when the procurement period ends.”

“The risk is obvious that it will be index funds and index-linked funds that can handle these transaction flows and that the procurement procedure only creates room for a certain type of fund,” he explained.

“Procurement is a blunt instrument that works poorly in a system where the savers want to be able to choose funds themselves,” he said, adding that it provided neither stronger consumer protection, nor better quality or lower prices.

“We advocate a system where all funds that meet high quality requirements can join, and that the Swedish Pensions Agency does more to help savers in their choice,” Nordström said.

He also bemoaned the fact that no evaluation had yet been carried out into whether the system’s problems had been solved by the comprehensive regulations introduced this year - a point also made by Swedbank Robur, which participates in the current premium pension funds marketplace.

Liza Jonson, CEO of Swedbank Robur, said her firm cared about consumers having sustainable and affordable alternatives for their savings.

“However, we have been around long enough to know that major changes need to be evaluated carefully and over time,” she said.

The “powerful 29-point programme” which had already been implemented in stage one of the reform – had contributed to increased consumer protection, she said.

“A natural next step now is to do a proper evaluation of these effects before continuing the work,” said Jonson.