The market for 1e plans – individual pension plans for high earners – is becoming significant in Switzerland, according to a study carried out by PwC.

The consultancy surveyed 11 leading 1e providers and found they had CHF3.8bn (€3.5bn) in total assets under management at the start of 2019 and were “ambitious and optimistic about future growth”.

The surveyed providers expected their assets under management to grow to CHF12.7bn over the next five years – around 27% annual growth.

Roger Ehrensberger, senior manager at PwC Switzerland, said their expectations were realistic because the already established plans were relatively young and there was increased interest from employers in setting up new ones.

“With the additional voluntary contributions people are making and regular contributions there’s growth already in the existing membership,” he told IPE. 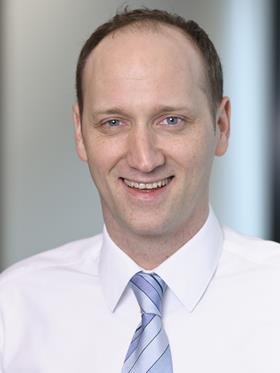 The plans have been possible for a while but only really started being taken up after a legal change in 2017 clarified that providers would not have to guarantee a minimum pension. This meant that companies reporting under IFRS accounting rules could treat them as defined contribution plans, and Ehrensberger said many of these companies were “at least thinking about implementing a 1e plan”.

The growth figures cited by the providers varied depending on the market they targeted, but all were significant, he added.

As of the beginning of this year, the providers’ 1e plans had 16,175 members, up 41% since the end of 2017. More than 1,900 companies are affiliated, however, so the average number of members per company is eight.

PwC’s survey found that “buy-ins” in 1e plans – additional voluntary contributions made by employees – exceeded regular contributions by a factor of 1.5, a significantly higher ratio than in traditional collective pension funds.

The consultancy said this finding supported the view that 1e plans were attractive vehicles for individuals to make additional savings for their retirement, although the market’s youth and the nature of plan design could also be factors.

“As by definition 1e investors are higher earners, these individuals often have more volatile income and earnings available to invest,” the consultancy noted.

The most surprising finding, according to PwC, was that 1e plans currently had a higher average allocation to cash and bonds than more traditional collective pension funds.

Ehrensberger said 1e plans were sometimes seen as “only plans for the rich people”.

“From a certain political perspective there’s a challenge that these plans are high-risk investment opportunities exclusively for higher earners, but the asset allocation contradicts that,” he added.

One explanation, according to PwC, is that real estate is less common in 1e pension plan providers than in collective pension funds. Many individuals may also be following default strategies that are often based on cash and bond allocations.

1e plans allow individual employees earning more than CHF128,000 to choose from a range of investment strategies for the portion of their salary above that threshold.

All the providers surveyed by PwC were multi-employer foundations. Typically only very large employers implement their own plans and Ehrensberger said the consultancy wanted to see how the 1e offering was faring in the general employer market. 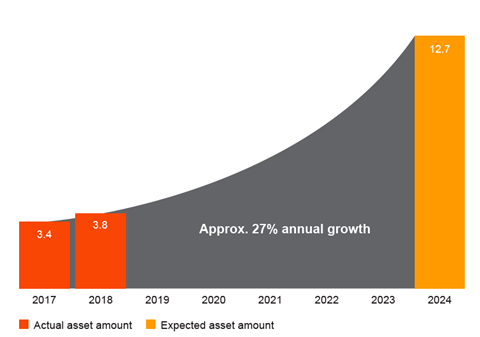