Swiss pension funds’ net income from investments doubled in 2017, allowing them to strengthen their reserves and reduce underfunding, according to new figures from the federal statistics office.

Pension funds stocked up their investment reserves by CHF27.6bn and their technical reserves by CHF4bn, and made pension payments of CHF22.6bn, it added.

Investment reserves rose to CHF84.8bn in total – an increase of nearly 50% – and underfunding was cut to CHF32.2bn. The vast majority of underfunding (CHF31.9bn) was at public providers.

BFS also noted that the number of pension providers with regulated benefits and active members had continued to fall, from 1,713 to 1,643 at the end of 2017.

Around 39,000 people demanded a total of CHF7.3bn as a capital or partial capital payment upon retirement, up 7.2% on the year before. The average value of the lump sum payment in 2017 amounted to CHF188,842. 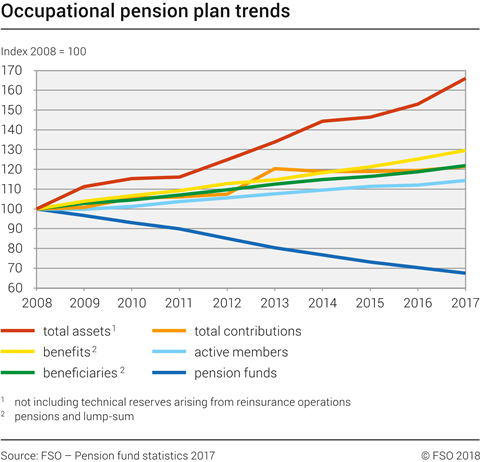 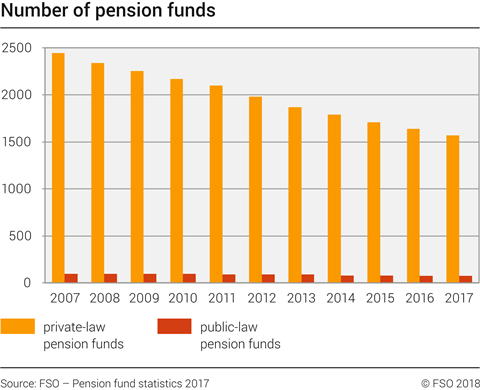