UK listed company pension schemes ended 2018 with a poorer aggregate funding position than 12 months previously, despite having moved into surplus during the summer, according to data from Mercer.

Falling corporate bond yields pushed combined liabilities for FTSE 350 schemes higher in December, with the total shortfall rising to £41bn (€45.7bn) at the end of the month. This compared to a £32bn total deficit at the end of 2017.

Between May and September 2018, rising equity markets and fresh mortality data had helped erase the aggregate shortfall for FTSE 350 schemes. However, stock market and bond yield falls since then reversed the gains.

In addition, the estimated cost of equalising guaranteed minimum pension payments has been estimated at £15-20bn.

LeRoy van Zyl, partner at Mercer, said: “2018 was a turbulent year and it is disappointing to see it finish in deficit after finally reaching a surplus for the first time since Mercer began regularly monitoring the position.

“While the return to deficit is unwelcome, we are still in a markedly better position compared to the very large deficit following the 2016 Brexit vote. However, the significant volatility demonstrates the importance of schemes locking in gains when opportunities to take risk off the table arise.” 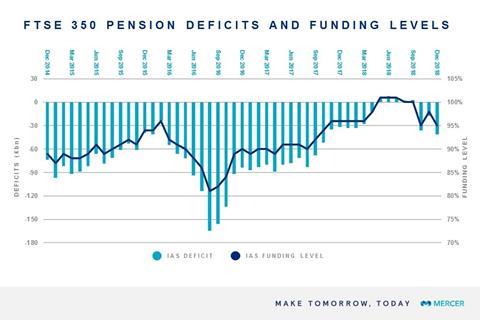 In a separate assessment, JLT Employee Benefits estimated that the aggregate funding position of FTSE 350 pension schemes had improved slightly during 2018, with an overall deficit of £29bn – down from a £43bn shortfall 12 months earlier.

Whitbread to pass on sale proceeds to pension fund 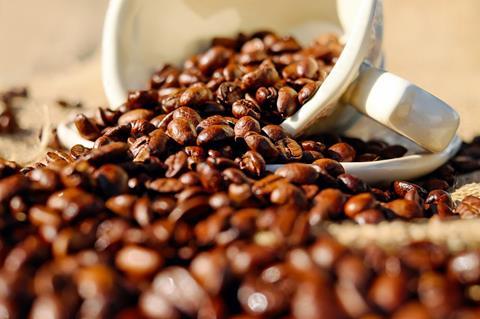 Hotel and restaurant company Whitbread is to pass some of the proceeds of its recent sale of the Costa Coffee chain to its pension scheme.

In a stock market notice last week, the FTSE 100-listed company said it would pay £380m to the Whitbread Group Pension Fund following the completion of the sale of Costa Coffee to the Coca-Cola Company.

The one-off payment replaced a previous deficit contribution schedule, which the company said would have totalled £326m over the next four years and was linked to increases in Whitbread’s dividend.

The deal with the £2.4bn scheme’s trustees also included an agreement to “release Costa from its obligations to the pension fund”.

Coca-Cola paid £3.9bn for Costa Coffee in a deal agreed in August.