Much of the debate around consolidation vehicles thus far has focused on the comparison between the security provided by consolidators and that provided by a traditional insurance company.

The interim regime is a welcome step forward and will go some way in alleviating potential concerns around the governance and capital adequacy behind consolidators.

Much of the debate around consolidation vehicles thus far has focused on the comparison between the security provided by consolidators and that provided by a traditional insurance company.

We believe this misses a key point: a commercial consolidator is not a different type of insurer.

The ‘right’ option will depend, crucially, on covenant strength, funding level (both now and what is expected in the future), maturity and scale.

The most important question trustees will have to consider is: ‘given the specific circumstances of our scheme, will moving to a consolidator provide a better outcome for our members?’

The main tangible benefit can be boiled down to the exchange of a corporate covenant for a financial covenant, i.e. from ongoing sponsor support to the support of a well-funded pool of assets plus contractual recourse to an additional capital layer in adverse circumstances.

When moving to a consolidator it is likely that, in exchange for severing the ongoing link back to them, the sponsor will deploy a final contribution to boost the funding level up to that required by that consolidation vehicle.

Additionally, the consolidator will hold extra capital against the liabilities.

These two factors could provide a significant upgrade in the assets backing the pension liabilities.

This could increase the chance of paying member pensions in full, if the financial support is deemed to be more valuable than the ongoing support that could reasonably be expected from the sponsor covenant.

For trustees whose pension scheme sponsors have an investment grade credit rating, it is unlikely that a move to a consolidation vehicle would be deemed appropriate.

Where there are concerns around the covenant, however, a consolidator could provide a meaningful uplift in the probability of paying pension promises relative to remaining on the sponsor’s balance sheet.

Whilst less material than the financial support vs. covenant trade-off, there are other potential benefits to consolidation: by running larger pools of assets, consolidators will be better placed to negotiate deals for asset management fees and other support services.

Likewise, this could also open up access to a wider range of investment opportunities.

Many schemes may also benefit from a governance uplift by moving to a consolidator fund.

However, while potentially helpful, when compared to considerations regarding covenant, we do not see any of these as real game-changers when it comes to deciding whether to transfer to a consolidation vehicle.

Whilst consolidators represent a valuable ‘third option’ for trustees outside of continuing with their sponsor or transferring to an insurer, it is crucial that trustees understand the risks associated with any consolidation vehicle they are considering.

While the relative weight of these potential drawbacks will depend on individual scheme specifics, they are likely to include:

The decision to move to a consolidator, as with pursuing any endgame strategy, remains a big and complex one, even with the introduction of the interim regime.

Employing a robust framework will help trustees pinpoint the most appropriate option for their individual circumstances. 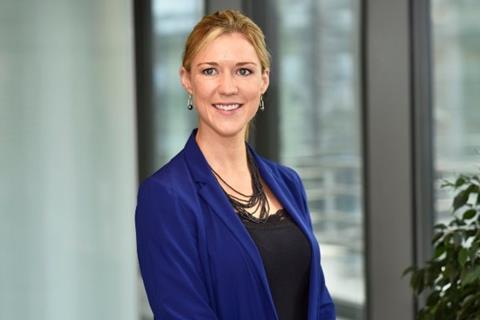 The framework should comprise of a set of questions and metrics that capture the key principles governing the decision from an investment, funding, covenant and legal perspective.

From here, trustees will be able to compare options in a manageable and structured way, so that they can determine whether a move would genuinely improve the financial security of their members.