Viewpoint: EU must not become climate laggard over taxonomy

EU taxonomy rules will be on the agenda of a meeting of EU member states in early December, with the European Commission having come under intense pressure to include natural gas and nuclear energy. Ahead of that meeting, professor Andreas Hoepner, a member of the Commission’s sustainable finance advisory body in a personal capacity, expresses his view about how the EU can avoid becoming a climate laggard.

Russia has defined ‘green’ electricity as those production activities that emit less than 100gms CO2e/kWh earlier this year. The Duma thereby followed last year’s recommendation of the European Union’s Technical Expert Group (TEG) on Sustainable Finance to meet the Intergovernmental Panel on Climate Change (IPCC) requirements of a technology agnostic approach for electricity generation based on a universal admissibility threshold of 100gms CO2e/kWh.

China uses an equivalent approach which excludes fossil gas-fired electricity generation, since its unabated carbon intensity more than doubles the 100gms threshold, even for the most efficient plants.

Consequently, I was shocked to learn that the EU is considering to abandon its technology-agnostic approach and raise the admissibility threshold for fossil gas to 270gms CO2e/kWh to allow for its inclusion into the EU’s taxonomy, as proposed by Pascal Canfin (LREM, France), the chair of the European Parliament’s Committee on the Environment, Public Health and Food Safety.

The EU’s taxonomy is key to defining what is ‘green’, as banks are required to use it in computing their ‘Green Asset Ratio’ and ‘Green Investment Ratio’ for investors is also based on the taxonomy. Compared with a 270gms threshold, the 100gms threshold used by Russia and proposed by the experts is 63% more stringent.

Consequently, if the EU were to adopt the 270gms threshold for fossil gas, its definition of what is ‘green’ in electricity production would be less than half as scientifically stringent as Russia’s equivalent.

In writing this opinion, I represent the only scientist and tenured professor to continuously serve on both the EU TEG and its successor body, the EU’s Platform for Sustainable Finance.

In my view, the 270g admissibility threshold proposal stands in direct contradiction to president Ursula von der Leyen’s Green Deal and would hence undermine the EU’s global climate leadership, apart from the obvious reputational damage of trailing Russia and China by a wide margin with respect to a cornerstone definition of the strongly growing sustainable finance sector. 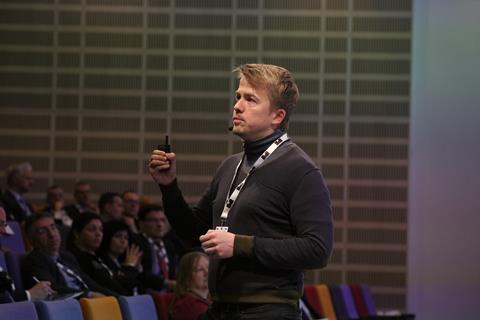 More specifically, this proposal would immediately discredit the climate leadership the EU, jointly with the US, showed with the launch of the Global Methane Pledge during COP26 just a few weeks ago, since methane leakage is closely associated with the fossil gas system.

In conclusion, if the EU were to drop its 100gms CO2 e/kWh admissibility threshold by 270% to accommodate fossil gas, it would result in the EU definition of ‘green’ electricity being less than half as scientifically stringent as the Russian or Chinese equivalent.

This would massively damage the EU’s green and scientific credibility and bring the EU from its position of climate leadership to a position of ‘climate laggership’, even behind Putin’s Russia. Quite literally, the EU’s taxonomy would be ‘gazwashed’.