Dutch pension investor APG is to invest in Chinese fixed income securities as part of its partnership with E Fund, the biggest comprehensive fund manager in China.

The fixed income move follows the launch of a €594m A-Shares strategy with E Fund in early 2018. APG’s partnership with E Fund was announced in 2016.

An APG spokesman told IPE it would be starting with a €75m mandate and would decide on the pace it wanted to expand based on its experience with its first steps in the Chinese credit market. Expansion could happen quickly, he added, noting that the market was forecast to be just as big as in the US and euro-zone markets in 20 years.

The asset manager said the China fixed income strategy fully incorporated the responsible investment policies of its pension fund clients, which included the aim to increase investments that contribute to the United Nation’s Sustainable Development Goals. APG is the asset manager for the €459bn civil service scheme ABP.

“A market of this scope has never before opened up in the way that China is right now,” he said. “So far, China has been greatly underrepresented in our investment portfolio, especially considering it is the second economy of the world.” 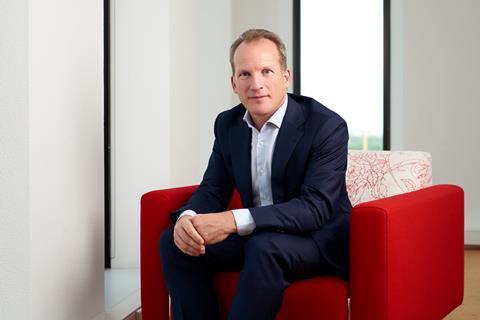 Steverink explained that the fixed income strategy did not distinguish between corporate bonds and local government bonds “because the boundaries between them are less defined in China”.

With regard to the strategy’s responsible investment aspects, Steverink explained that APG has to do more research into the entities it invests in because environmental, social and corporate governance (ESG) standards were lower in China than in the western world.

“That is why we are starting with a more concentrated portfolio than usual, within fixed income securities, where risk-distribution is very essential,” he said.

Because of the cooperation with E Fund, APG had direct access to the information about companies and agencies, he added.

“Responsible investment is still a relatively new step in China, yet the regulators and government encourage the initiatives.”

APG is setting up satellite offices in Shanghai and Beijing in connection with its new China fixed income strategy.

Steverink said: “To execute this strategy successfully we need to have people present in China.

“By having our own office locations in China, we can work closely and better with E Fund, which is just a short walk away from our Beijing office.”

Having a strong local presence was also crucial given China’s growing importance in international capital markets and challenges to do with ESG disclosure and awareness in the market, he said.