As the European Commission’s five-year term comes to an end, pension and finance specialists have called for bolder steps to progress the EU Capital Markets Union (CMU), with the need to promote retirement savings as a key focus.

With only a few weeks to go before the new Commission takes over – something that was originally scheduled to take place on 1 November but is now likely to be delayed for at least a month – there has been a series of pronouncements about the future of the CMU.

First, the Next CMU Group, a high-level group set up by the finance ministers of Germany, France and the Netherlands and with support from the finance ministries of Spain, Sweden, Poland and Italy, published a report outlining a number of recommendations for the further development of the CMU.

The group – co-chaired by Corien Wortmann-Kool, chair of the board of Dutch public sector pension fund ABP – had been tasked with analysing the EU’s market-based financing capacity, five years after the launch of the CMU, with a fresh eye.

In its report, published earlier this month, the group called for the next phase of the CMU to prioritise responses to citizens’ needs and investments in the “real, digital and sustainable EU economy”.

Fabrice Demarigny, chair of the Next CMU group, told IPE that the Commission’s Pension Adequacy Reports showed that in a substantial number of member states, public pay-as-you-go pension systems were under a lot of stress due to ageing. 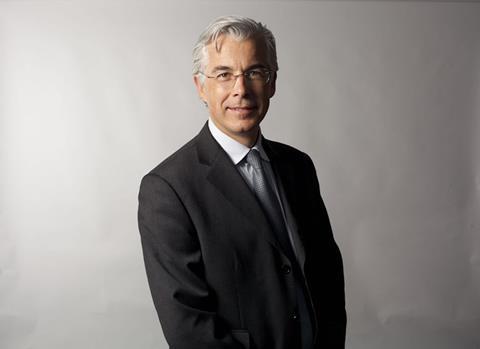 “Where there is a tradition of investing for pensions, collectively and/or individually, you find the best developed national capital markets”

Fabrice Demarigny, chair of the Next CMU Group

“Citizens will need to save collectively or individually for additional retirement income to make up for this,” he said.

“We also know from several reports that in those member states where there is a tradition of investing for pensions, again collectively and/or individually, you find the best developed national capital markets.

“The issue,” Demarigny continued, “is how people save and what possibilities in terms of institutions and products are available to them.

“In particular at a time of very low-interest rates and relatively low yields, we have to give citizens much better access to, and knowledge about capital markets.”

EC goes high-level on CMU, too

Shortly after the publication of the Next CMU Group’s report, and in a move that could be seen by some as institutional turf war, the Commission announced the launch of its own CMU high-level forum to reflect on future CMU actions.

A spokesperson for the Commission told IPE that the forum was being set up because the Commission’s work on the Capital Markets Union was not yet complete.

“The Commission is carrying out intensive technical work to reboot the CMU and take it to the next level,” the spokesperson said.

“In this context,” he added, “we welcome the recommendations of the Next CMU Group. This provides valuable input and ideas, which we will look at closely as part of our reflections.”

The Commission has called for applications of interest to join the high-level forum, hoping to attract an expert group composed of industry leaders, international experts and scholars to feed into the work on future CMU policies.

Against this backdrop, the Association for Financial Markets in Europe (AFME) has also published a report calling for the new Commission to take bolder action to tackle the remaining obstacles to completing the CMU.

Launching the report, AFME’s CEO Simon Lewis said: “While some of our report’s indicators show a positive trajectory since last year’s results, such as Europe’s global leadership in sustainable finance, it is clear that there is still much work to be done at European and national levels, particularly on making Europe’s capital markets more competitive.”

The report was authored by AFME with the support of the Climate Bonds Initiative and European trade associations, including PensionsEurope.

Pekka Eskola, chief economist at PensionsEurope, welcomed the recent batch of initiatives and recommendations regarding the future agenda for the CMU.

“I would like to invite the new Commission to start working on an action plan on adequate income at retirement to set out the necessary steps to enhance supplementary pensions in Europe,” he said. “Considering the economic and fiscal constraints of first pillar pay-as-you-go pensions, private pensions must play a greater role in securing the future adequacy of pensions.”

Eskola said that many of the pensions-related recommendations put forward by the Next CMU high-level group and the AFME reports could be included in this action plan.