The UK Supreme Court has dismissed an appeal from institutional investors to pursue a claim against a failed Portuguese bank through the English courts.

The court said the dispute should be resolved in Portugal.

The investors – which include TDC Pension, the Danish telecommunications pension scheme, and the New Zealand Superannuation Fund (NZ Super) – have been attempting to reclaim a $785m (€670m) loan made to Banco Espírito Santo (BES) in July 2014 to finance a refinery project for a Venezuelan state oil company.

BES collapsed in August 2014 and was bailed out by Banco de Portugal, the country’s central bank and designated national resolution authority.

In his reasoning, Lord Sumption, who led the Supreme Court’s five judges, cited article 3 of the EU Reorganisation Directive covering the reorganisation and winding-up of credit institutions.

Lord Sumption said: “Its purpose is to ensure that all assets and liabilities of the institution, regardless of the country in which they are situated, are dealt with in a single process in the home member state. This can be achieved only by taking the process as a whole and applying its legal effects under the law of the home state in every other member state.”

He concluded: “An English court must treat the Oak liability as never having been transferred to Novo Banco. Novo Banco was therefore never party to the jurisdiction clause.”

While the investors’ action in the English courts has effectively now reached an end, the lawsuit in the Portuguese courts is still in progress. 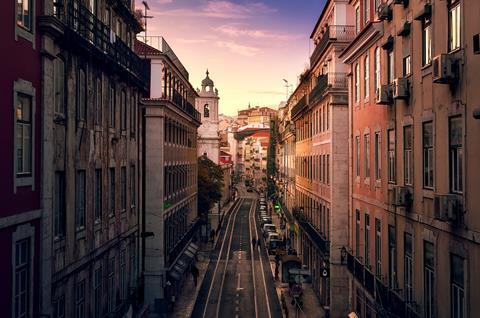 Stuart McNeill, a partner at law firm Pinsent Masons, which is representing Novo Banco in the case, said: “The Supreme Court’s judgment has ramifications for other cases across Europe, and highlights the obvious danger – indeed potential chaos – of different courts interpreting the same decision of a single resolution authority in different ways.”

From Venezuelan oil to the UK Supreme Court

The money at the centre of the case was lent to the Venezuelan company by Oak Finance Luxembourg, a special purpose vehicle set up by Goldman Sachs, which raised funds from investors by issuing fixed-rate notes.

The loan was arranged under a facility agreement between Banco Espirito Santo and Oak Finance, using English law and under English jurisdiction.

As part of BES’ bailout, assets and senior debt were transferred to Novo Banco, the designated ‘good bank’. This left other items in BES – dubbed the ‘bad bank’ – to be liquidated. The Oak Finance loan was purportedly transferred to NB.

However, in December 2014, the Portuguese central bank announced it was reversing the transfer of the Oak Finance loan, since it regarded the original deal as a related-party transaction because Goldman Sachs had a small shareholding in BES.

Related-party assets and liabilities have been kept within the ‘bad bank’, with little chance of repayment.

The group of investors – led by NZ Super and including hedge fund managers Silver Point Capital and Bracebridge Capital – filed debt-recovery proceedings against Novo Banco in the English courts in February 2015.

Later in 2015, the High Court dismissed an attempt by Novo Banco to have the English case dismissed. This ruling was reversed by the Court of Appeal, and the reversal was upheld by the Supreme Court in a unanimous decision.