BpfBouw, the €56bn Dutch pension fund for the country’s building industry, wants to boost its membership by attracting self-employed workers as soon as the Netherlands’ new pension model is agreed.

In the scheme’s annual report for 2017, David van As, the scheme’s director, said that the pension fund aimed to attract tens of thousands of self-employed workers – known in the Netherlands as zzp’ers.

The Dutch government and pensions industry have been debating how to provide retirement savings options for zzp’ers for some time.

The country’s unions, including the largest, FNV, have demanded that pension provision for this group of workers is included in the new pension framework currently being discussed.

However, some political parties have indicated that they do not want to force pensions on self-employed workers.

Van As added that the scheme would also target employers to join BpfBouw’s voluntary pension plan for workers with salaries of over €60,000.

However, the director emphasised that BpfBouw didn’t want to position itself as a “magnet scheme”, as most large sector-related pension funds had already merged into it.

“And the remaining candidates joining, including the scheme for the wood-trading industry, would be difficult because of differences in coverage ratio as well as pension arrangements,” he added. 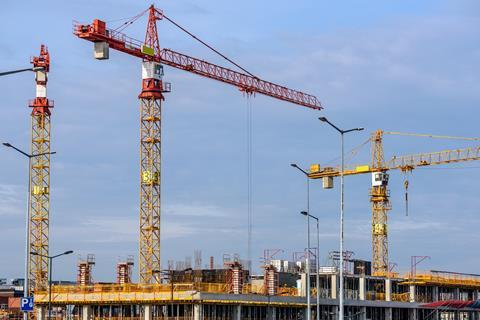 Meanwhile, the building sector scheme attributed one-third of its 6.6% annual result to its currency hedging strategy.

In its annual report, BpfBouw said that its full hedge of the currency risks on its exposure to government bonds and hedge funds – as well as an 80% cover of the main currencies in its securities portfolio – had generated 3.4%.

It had subsequently decided to reduce its dollar hedge from 64% to 61%.

The building scheme also credited the performance of its equity holdings for its return, with an overall result from equity of 10.9%. Emerging markets generated 22.9%, while property delivered 10%.

BpfBouw’s infrastructure holdings yielded 4.7% as a reult of a positive revaluation of several projects.

In contrast, the pension fund lost 0.9% on its 42% fixed income portfolio, despite gains from government bonds (0.8%) and inflation-linked bonds (1.4%). Credit and emerging market debt lost 2.9% and 1.1%, respectively.

In the annual report, the scheme’s board also lamented growing pressure from new legislation and the increasing amount of work it had to deal with from regulators.

Because of increasing European regulation, the board said it feared an “unnecessary stacking of supervision and monitoring”.

BpfBouw reported administration costs of €100 per participant and asset management costs of 0.62%, adding that it had spent more than 0.14% on transactions.

At March-end, funding of BpfBouw stood at 116.7%, the best funding ratio of the Netherlands’ top five biggest schemes.