Pension funds seem to have inched closer to becoming exempt from paying dividend tax generated by their investments in the European Union, following a ruling by the European Court of Justice.

Last week, the ECJ concluded that Germany’s decision to not fully refund the €3.6bn College Pension Plan of British Columbia the 15% tax that had been withheld from its dividend income from investments in Germany, was discriminatory relative to local schemes.

As the tax treaty between Canada and Germany did not provide for a full refund, the Canadian pension fund had based its refund request on the free movement of capital between EU member states.

It had argued that this free movement also applied to transfers between an EU member state and a third country like Canada, and that Germany was restricting this.

In its decision, the ECJ overruled the Munich Fiscal Court – which stated that treating non-resident schemes unfavourably might be justifiable – by concluding that Germany’s dividend withholding tax (WHT) indeed discriminated against foreign players.

It added that none of the grounds for justification, established by jurisprudence, could be relied upon.

In the opinion of Jeroen van der Wal, chief executive officer of Dutch global withholding tax recovery expert firm Taxology, who brought the case on behalf of the pension fund, all European member states levying dividend tax on foreign investors had become vulnerable to similar claims as a consequence of the ECJ’s verdict.

“The decision and considerations underpinning it, strengthen WHT reclaims for foreign investors, including insurance companies and sovereign wealth funds,” he argued.

“In the Netherlands alone, 11,000 of this kind of claims, totalling €1.7bn, are pending against the Dutch authorities,” added Van der Wal. 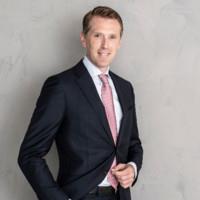 Jeroen van der Wal at Taxology: In the Netherlands alone, 11,000 of this kind of claims, totalling €1.7bn, are pending against the Dutch authorities

But he put the development into perspective by emphasising that member states would have to subsequently incorporate the verdict into their tax systems.

“As this is subject to the political will of the individual EU countries, it could take years before pension funds could benefit,” he warned, adding that individual cases could have different outcomes.

In his opinion, the European Commission would have to follow up on the ECJ ruling by putting pressure on member states.

PensionsEurope has contended for a long time that the obstacles with the WHT procedures posed a major barrier to cross-border investments in the EU, and has urged the EC to remove the impediments.

It wants EU member states to respect the ECJ’s case law, and reciprocally and automatically recognise pension funds as well as simplify their WHT processes.

“Refund processes are complex, expensive, can last up to 10 years and could incur half of the expected refunds in costs,” the lobbying organisation pointed out.

“Since the legal recourse involves several levels of jurisdiction and the legal outcomes are uncertain, pension funds often don’t assert their justified reclaims.”

Last year, it has proposed to set up an EU-wide tax register of recognised pension institutions. According to Eskola, the EC had responded positively to this recommendation.

It made clear that it expected Dutch schemes would meet the ECJ’s criteria for a fiscal treatment by Germany equal to local schemes.

PGGM has already submitted €9m worth of protective claims for the period 2004-2014 on behalf of PFZW.

APG, the asset manager for the €459bn civil service pension fund ABP, said it was still waiting for a German decision on its refund claims, also as of 2004.

It said it considered itself in an equal position as German schemes and referred to the freedom of movement of capital, but emphasised it couldn’t be sure yet whether Dutch pension funds were sufficiently comparable to German schemes.

It is considering the option of bringing the case to court, and it has delayed further steps until the ECJ’s recent ruling, “in part because of the high costs of litigation in Germany”, the firm stated.

“A similar case in France led to the legislator introducing WHT for French pension funds, eliminating a discriminatory approach,” it said.