Ford is taking steps to allow active members of its UK defined benefit (DB) pension scheme to split their benefits at the time of retirement and give them greater flexibility in how they draw their pension.

The car manufacturer said it had agreed to implement a partial transfer option following discussions with trade union representatives, initiated in the wake of the introduction of pension freedoms in 2015.

The policy allows defined contribution members to take their entire savings as cash, rather than being forced to buy an annuity, and it has led to an increase in requests to transfer money out of DB funds.

“Ford were very aware that the option for employees to take the full value of their pension as a cash lump sum was a big change to UK pensions,” a company spokesman said in a statement.

The company and the unions were concerned that employees would be exposed to significant risks, he added, such as receiving bad advice or making incorrect decisions. 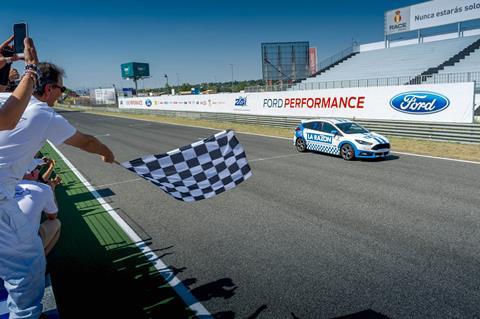 Driving innovation: Members could switch half their DB savings to a DC scheme at retirement

The partial transfer option was one of “a few solutions” a joint working party had agreed and was currently going through the final stages of implementation. The scheme hoped to apply the changes soon, the spokesman said.

The partial transfer option will allow active members of the scheme to transfer up to half of the cash equivalent transfer value (CETV) of their DB pension to a DC scheme. The option will only be open to members when they reach retirement age.

Members would retain half of their initial guaranteed DB benefits, as well as the right to half the original value of the tax-free cash lump sum payable at retirement.

Ford and the pension scheme trustees also agreed measures to improve member communications and introduce an online and paper-based engagement services, “all to help educate employees”.

Earlier this year the UK financial regulator abandoned plans to relax rules governing DB transfers, saying it would stick with its current position that advisers should “start from the assumption that a DB pension transfer will be unsuitable”.

Last year, £34bn (€38bn) was transferred out of occupational schemes in the UK, up from £21bn the previous year, according to the Office for National Statistics.

High transfer values have been enticing DB scheme members to transfer out, although the Pensions Regulator has written to DB trustee boards urging them to consider reducing the transfer values offered to members when considering exiting the scheme.