Members of Icelandic pension funds Sameinaði and Stafir have approved the proposed merger of the two funds at extraordinary general meetings late last week, and the merged pension fund has been named Birta – the Icelandic word for ‘light’.

The new fund held its inaugural meeting straight after the EGMs of Sameinaði and Stafir – which had been held in two halves of a divided conference room at the Grand Hotel in Reykjavik – at which it named the members of its 10-person supervisory board. 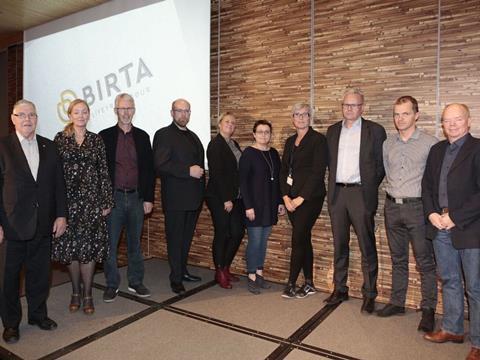 Birta will be the fourth-largest pension fund in Iceland, with more than 18,000 active members and net assets of about ISK310bn (€2.4bn), which equates to around one-tenth of the total assets of all pension funds in the country.

Negotiations on the merger of Sameinaði and Stafir began in early May, and the boards of the two pension funds decided to go ahead formally with plans to join forces at the end of June.

They said they believed the merger would result in a stronger organisation that had more expertise and more robust asset and risk management, as well as lower operating costs and improved services for the benefit of members.

Among the first tasks the pension fund will be tackling, Sameinaði said, is the recruitment of a chief executive and finding a building to house its headquarters.

The merger partners aim to have the new pension fund operational under the Birta name by the end of this year, with all staff physically working under one roof.