Insight Investment’s asset management roots are in the structural shift over the past two decades to closed-book defined benefit (DB) pensions in the UK and elsewhere. 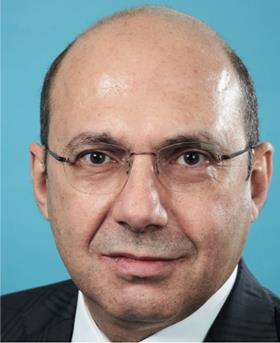 As CEO Abdallah Nauphal says, this translates into two things – low-volatility-type strategies aimed at “maximising certainty of outcome”, along with decumulation strategies as pension funds become cashflow negative and draw down on their assets.

As UK trustees started to realise from the early 2000s, there is usually little reward if a mature scheme runs a volatile asset portfolio – either as far as sponsors, corporate analysts or, increasingly, regulators are concerned. A more holistic approach to the management of a pension fund’s balance sheet led to liability-driven investment (LDI) and, more recently, cashflow-driven investment (CDI).

Having established a largely consultant-intermediated business for DB pension funds, the firm has expanded into adjacent markets in Europe, the US and Japan.

For DB sponsors and trustees, the clear end game is obviously to pay the liabilities in full and on time. But the journey may involve some kind of insurance solution, buy-in, or consolidation vehicle along the way.

Nauphal sees consolidators, like Pension SuperFund or Clara Pensions, as a bridge to a buyout, and less of a competitive threat than buyouts, which typically run their own investment teams. He has more of an issue with buy-ins, because of the potential obstacles to transferring assets to a buyout at a later stage.

So, for Insight, the issues for DB clients are locking down the liabilities, managing the assets, and managing the cash outflow – with tradeoffs, since these cannot always be done simultaneously.

“This is what I call the integrated solution at Insight, for lack of better name. And that’s a big part of what we’re focused on doing now – integrating those three parts for that end game. And I think that, for the UK, is going to be a big part of it. If you look at the DB funding code that’s coming from the regulator, it’s very much pushing people towards that.”

Having expanded Insight’s DB offering to adjacent geographical markets, Nauphal is also now looking to cross pollenate its “maximising certainty of outcome” business line from DB to defined contribution (DC) pensions. There is a gap in the market here, Insight feels, and room to apply institutional-type thinking to individual retirement income needs.

The overarching problems for institutions and individuals are, to an extent, broadly the same, Nauphal says: “The dynamics, ultimately, are people having to live with greater need for income, greater need for managing cash flows and, at the same time, solving investment problems.”

The tools and approaches will differ. Individuals with a pot of money do not have too many cost-effective options when they seek to convert assets to income. Like DB pension sponsors, one route is to buy a contractual future income stream from an insurer.

Pension sponsors and trustees not wishing to assume the full costs of a buyout, or annuity buy-ins, can opt to manage their balance sheet themselves with a low-volatility portfolio. They can also outsource that job.

For individuals, the options in that regard are largely limited to drawing down on your portfolio, traditionally at the rate of 4% a year, and investing the principal in a variety of income generating stocks, bonds and property. Drawdown ‘products’ such as they exist, attract high fees, as do advisers. If there is mileage in a more standardised approach, what does this look like?

The conceptual stumbling blocks to creating standardised individual income streams should not be overlooked. One of these, according to Nauphal, is creating income certainty.

The CEO elaborates: “When you retire, the outcome you want is crystal clear. You know what you need to spend money on. And, therefore, anything that does not achieve that kind of certainty of outcome, has too much variety around it, fails.

“The second, is that dealing with negative cash flow has quite interesting dynamics that people don’t often deal with. Not only do you have to pay these cashflows out, if you’re not prepared for them, what are you selling? If you’re selling your assets, can you be a forced seller at the wrong time?”

A third issue is the sequencing of return: “If your assets are declining, returns today are a lot better than returns in the future, because you own a bigger amount of assets. If you need a 6% return to solve your investment problem, what does that mean? If you don’t get to 6% now, in 10 years you may need 14% because it’s the monetary amount that matters, not the percentage return.

“So these kinds of things need to be taken into account in strategies, and I don’t find the current existing environment actually dealing with them. Rather, they are offering similar decumulation strategies, slightly biased to slightly safer assets, rather than dealing with this. And that’s what we’d like to cater to.”

Insight has now set up what Nauphal calls an ‘analytical investigative unit’ that is working on a strategy, and which he says he engages with at least every week. “This is where we’re planting the seeds and working on it,” the CEO says.

In terms of technology spend, the need is for granular analysis at security level, to identify and invest in stocks, say, that can help produce a secure income and separate those from longer-term plays or to target the desired entry and exit price of individual securities.

Nauphal says: “Today, we can do a lot more of that, so a lot of the work has become iterating at the security level, rather than just at the asset level. And, as such, there is a need for a different type of system to work on that.”

There is also the need to find ways to get any future product to market. Some distribution could be internal, through the BNY Mellon network, but Nauphal has not ruled out finding external partners to help pivot away from the current institutional distribution focus.

Nauphal hopes to have more to say on individual drawdown in the second half of 2021. “The case is more internal now, and we are defining the products and the capabilities in such a way that it allows for enough building blocks to create enough solutions but still allow scalability, which is essential for costs to remain reasonably controlled.”