Joseph Mariathasan: Big decisions over China for Europe and the UK

Emerging markets, including Asia, have had a torrid time over the last few months. However, there has been little news of real substance outside of two key areas: the US Federal Reserve raising interest rates at the end of September, and the escalating trade dispute between the US and China.

Issues emerging regarding specific countries, such as Turkey and Argentina, are relatively minor in terms of global impact. Clearly it is the trade dispute involving China, and not interest rate moves, that are unnerving emerging market investors.

Europe and the UK are standing on the sidelines in the escalating war of words between the Donald Trump-led US administration and Xi Jinping’s China.

Trump’s strategy in dealmaking appears always to start off with extreme – and at times almost outrageous – positions and then strike a compromise that achieves the real goal. That may well be the case with China, although many in Europe have some sympathy with Trump’s complaints over Chinese behaviour post-accession to the World Trade Organisation. The danger is that Trump achieves a Pyrrhic victory by tipping the world into recession through disrupting global trade flows with China.

Jan Dehn, global head of research at Ashmore Investment Management, says Europe has to make a key decision: should it continue to have a heavy exposure to the US, or should it diversify away from the US towards a less familiar but approachable China? 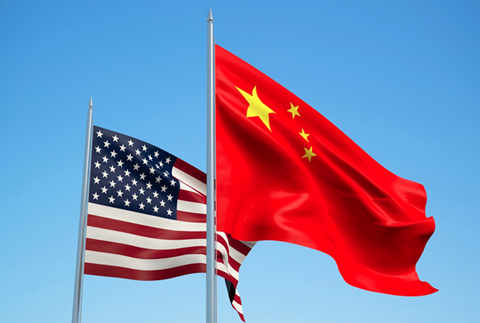 Picking a side in the trade war should be easy, argues Ashmore’s Jan Dehn

“It should be an easy decision,” argues Dehn. His prognosis for the US economy is dire, likening it to Argentina in the 2000s under the presidencies of Néstor Carlos Kirchner and then his wife Cristina Kirchner.

Dehn sees Trump’s fiscal stimulus, amounting to 7-8% of GDP, as likely to lead to inflation, twin deficits and a real exchange rate overvaluation. As a result, the US will become less competitive, with Trump responding by increasing protectionism.

In sharp contrast, Xi Jinping gave a robust defence of free trade and globalisation at the 2017 Davos meeting. For the euro-zone, China could – and perhaps should – become a more important trading partner than the US.

“It will be the world’s global hegemon by the middle of this century,” declares Dehn. Its economy will be two or three times the size of the US by then, he believes, and driven mainly by the growth of domestic consumption.

The UK needs global customers and a new set of opportunities after exiting the EU in March 2019. China may well be the most important country in the world on which to focus its attention – and it is perhaps fortunate timing in that regard.

The US has lost some international credibility under the president’s “America First” approach to international negotiations. China, meanwhile, is seeking to find reliable allies. It has a good relationship with Germany, France and Italy, but none of these are close, and Germany was reportedly upset after Chinese car company Geely bought a 10% stake in Daimler at the start of this year.

If China liberalises market access to foreign companies it will benefit everybody, not just the UK or the EU. President Xi has said that China intends to continue to liberalise and open up, and he wants to see more exports from western countries of products that Chinese people want to buy, in an effort to reduce China’s trade surplus with the west. That is a particular issue for president Trump.

What Europe will see is an increasing flow of Chinese tourists eager to explore the continent’s major centres of culture and history. However, as Venice has begun limiting its tourists and Cambridge has found ways to regulate the flow of Chinese tour groups, the UK and continental Europe must recognise they cannot just become theme parks for affluent Chinese visitors. They need to embrace their respective relationships with China with gusto – and perhaps recognise Jan Dehn’s warnings of the dangers of sticking too closely to the US.

Any closer relationship with China has to deal with key areas of political controversy, such as its relationship with Taiwan, its activities in the South China Sea, and western support for the Dalai Lama and Tibet.

None of these issues are sufficiently serious to disrupt future trading relationships. The China-UK relationship has certainly not suffered any strong disagreements recently that would tarnish its mutually proclaimed ‘golden era’, so the omens look good.

For the UK post-Brexit, China is the poster child of what it hopes to achieve. The US trade dispute with China leaves the UK in a better competitive position to trade with China – but it may mean that Mandarin language classes should be replacing French and German in UK schools.