Norwegian municipal pensions giant KLP has hailed its success in winning the first tender for an insured pension product from a local authority in seven years, saying the win shows it has delivered good services at a competitive price.

However, financial services provider Storebrand – which has just re-entered the market – declared itself encouraged by this first tender process despite losing, because it demonstrated the firm was fully competitive and had delivered the best financial offer.

Nye Øygarden Kommune (New Øygarden Municipality), a new local authority covering the archipelago to the west of Bergen formed from the merger of the Øygarden, Fjell and Sund administrations, awarded a four-year contract to KLP after a competitive tender process.

Norway’s municipal pensions market has been shaken up by the far-reaching municipal reform on the one hand, which has seen many authorities merging, and agreement over a new hybrid public sector pension scheme on the other, which is due to start in January, running alongside the old defined benefit scheme.

The new environment is expected to prompt more competitive pensions procurement from the municipalities, fostering increased competition between providers in a sector that has become a virtual monopoly for KLP in the last few years.

Sverre Thornes, chief executive officer of KLP, said of the win: “It shows that we have spent our time well and delivered good services at a competitive price.”

He said in the firm’s interim results announcement last week that parliament’s approval of changes to the pension scheme for public employees contributed to increased complexity also for KLP’s customers and members.

“KLP is, therefore, investing heavily in solutions that will guide both employers and their employees, as well as lay the foundation for further streamlining their own operations,” he said.

Although this was the first tender from a municipality for a full insured pensions product, there has already been recent competition in the market in the sense that several municipalities and other public entities have decided to leave KLP and establish their own pension fund.

Jon Hippe, head of Storebrand’s new public sector department within its business market division, told IPE: “We are encouraged by this first process, in the sense that it showed we are fully competitive and delivered the best economic offer.”

Hippe also said the minority on the Nye Øygarden joint committee at the time of the decision had made it clear that Storebrand had the best economic offer, and that it wanted a new tender offer in two years’ time.

After recent elections, this minority is now the majority, Hippe said, adding: “So there is reason to believe this will in fact happen.” 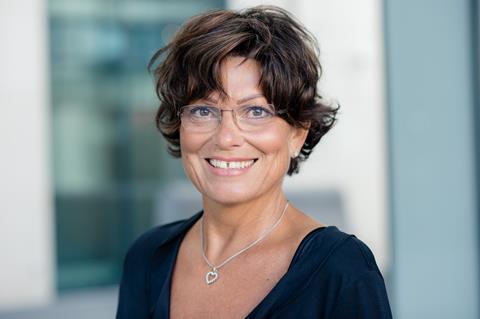 But Marianne Sevaldsen, executive vice president for KLP’s Life Division, told IPE: “The contract with Nye Øygarden is for four years as they requested in their call for public pension tender, and their decision to award the contract to KLP says nothing about a reconsideration after two years.”

When it came to the financial proposition, she said the evaluation of the process with the municipality was that KLP was cheaper than Storebrand on administration costs, which she said was the part of the price the companies themselves had influence over.

“Storebrand was a bit cheaper on estimating the premium for early retirement (AFP) in the ages 65 to 67. But, this is a liquidity question where the premium is based on different assumptions about the future,” Sevaldsen said.

Storebrand has said it expects around 20 pension tender processes to be launched by municipalities next year.

DNB Liv has also announced its intention to re-enter the municipal pensions market, but a spokesman for the firm said it had not participated in the Nye Øygarden tender.

While Storebrand is gearing up to provide both the old and the new schemes, DNB Liv intends to bid only to provide the new public sector pension.