Regulation and transparency are not the route to lower charges for pensions, the former chair of the influential 2002-06 Pensions Commission has said.

It was “nonsense” to think they were the means to reduce charges to 30bp or around that level, said Lord Adair Turner, chairman of the Institute for New Economic Thinking.

The idea that transparency would lead to effective choice was misguided, he suggested.

“All those pages and pages of detailed information on… charges… are broadly speaking unread, and people have almost no power to take that information and turn it into an effective form of choice,” he said.

Lord Turner’s comments appeared at odds with a push for greater transparency of costs and charges from advocacy groups and regulators.

The UK government is currently consulting on proposals for trustees and managers of defined contribution occupational pension schemes to publish information about cost and charges and tell members where they can find it.

An action group set up by the UK’s Financial Conduct Authority is separately attempting to establish a common methodology for displaying costs and charges for institutional investors.

Lord Turner suggested it was ill-conceived to think regulation was a solution because its target – providers that were making “supernormal” profits – did not exist.

“The fundamental insight we had in the report – and I think still stands – is it isn’t that there’s an industry making a huge amount of profit out of small pensions,” he said. “Small pensions is an immensely expensive thing to do in a competitive multi-provider model.” 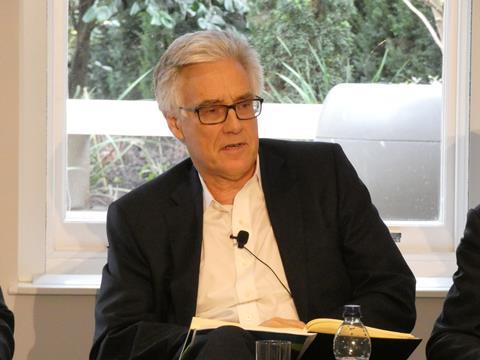 “It’s an economy of scale game,” he added.

Picking up an idea of the Pension Commission, Lord Turner said there was a threshold below which it became logical to have a publicly administered bulk default pension scheme that bought asset management on an economy of scale basis.

“That was our original vision and I still think it’s the right vision. I expect it’s the only way to get charges down to 30bp or something like that,” he said.

Lord Turner was speaking yesterday alongside the two other members of the Pensions Commission – member of the House of Lords and trade unionist Baroness Drake and professor of social policy at the London School of Economics John Hills – at an event organised by think tank Resolution Foundation to consider the outlook for the UK pensions system 15 years after the commission was first formed.

The commission was announced in the autumn of 2002 by then-chancellor Gordon Brown, although Lord Turner said the project was pushed forward more by prime minister Tony Blair, which was “non-trivial to the way we operated”.

The Pensions Commission published its first report in October 2004, setting out a detailed and comprehensive analysis of the UK pensions system. After an extensive consultation with government, industry and individuals on its analysis and the possible ways forward it published a second report in December 2005.

This presented its conclusions on how the UK pension system would evolve if policy remained unchanged, and the Commission’s recommendations for a new policy direction.

This included auto-enrolment into low cost pensions and a more generous but delayed state pension, recommendations that were taken up by the UK government and have become central features of the pensions landscape in the country.