A new asset owner association has been formed in Germany with the intention of creating an international exchange of ideas and best practice.

Established in Frankfurt last month, Bundesverband Institutioneller Investoren (bii) aims to support and promote the professionalisation of institutional investment in Germany through exchanges between its members and with lawmakers, regulators and other trade or industry associations.

According to Thomas Jesch, managing director of the association, its establishment was intended to fill a gap in Germany, where, unlike in some other countries, there was no overarching association for asset owners in general.

There are several asset management associations in Germany – the biggest being BVI – and various industry or professional organisations, such as GDV for insurers and aba for occupational pension providers, but Jesch noted there was no association for asset owners overall.

He told IPE the association saw itself less as a lobbying organisation and more as a think tank aiming to promote best practice. It would focus on identifying examples of this from outside Germany through discussions with institutional investors in other countries, he said. 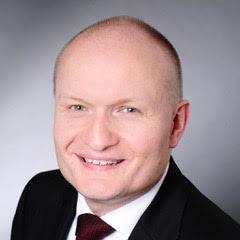 At the international level, bii will co-ordinate with organisations such as France’s af2i, the Council of Institutional Investors in the US, and INREV, the European association for investors in non-listed real estate vehicles.

Benedikt Weise from Simmons & Simmons, Michael Klauke-Werner of TH Real Estate, and Ludger Wibbeke from Hauck & Aufhäuser are the other board members alongside Jesch.

Bii is due to meet with aba next month in Berlin.

Klaus Stiefermann, secretary general of the German occupational pensions association, said there were plenty of topics affecting workplace pension providers as institutional investors, such as the “massive increase” in financial market regulation since the financial crisis of 2007-08 and the persistent low interest rate environment.

There were many areas where aba and bii could pull in the same direction, he said, and there were many other institutional investors, too.

The new institutional investor association aims to be operational after the summer after adding more members.