Delivery company FedEx plans to terminate its contract with the €750m pension fund of TNT Express, its Dutch subsidiary.

According to trade union FNV, US-based FedEx wanted to harmonise labour conditions between its staff and workers at TNT Express, and intended to apply a uniform pension plan as of 2020.

Currently, FedEx workers accrue pensions with the €26bn industry-wide road transport scheme Vervoer. TNT Express’ 2,000 staff, however, are exempt from mandatory participation in the sector pension fund, and instead have their own company scheme.

According to the union, the TNT Express scheme provided better arrangements, including an obligation on the employer to plug any funding gaps. In 2016, the sponsor paid an additional contribution of €12.6m.

In order to harmonise in 2020, FedEx must terminate the contract before the end of this year. The company declined to comment, explaining that its US parent was soon to report to the market.

After the contract between employer and the pension fund has been cancelled, future pensions accrual would be decided on by the sponsor and the unions.

One option open to the pension fund is to continue as a closed scheme. Alternatively, it could transfer accrued pension rights to another provider and liquidate.

Richlinde Wackers, trustee at FNV, said she expected that FedEx would not succeed in cancelling the contract before year-end, which would provide a year’s respite.

At the end of October, the TNT Express scheme’s funding level was 112.3%.

The €485bn Dutch asset manager APG has ceased issuing loans through local exchange NPEX – which services small and medium-sized Dutch companies – as the uptake has been disappointing.

Of the €25m it committed to NPEX’s investment fund for entrepreneurs in 2015, no more than €7m had been invested, the asset manager said. As a consequence, the overhead costs of the fund were weighing too heavily on its returns.

NPEX launched the Entrepreneurs Fund together with ABP – APG’s main client – and merchant bank NIBC, with the aim of investing up to 25% in loans to SMEs conducted through NPEX.

APG said that the invested €7m comprised 11 loans to 8 companies.

“The Entrepreneurs Fund is merely one source of financing. Private and business investors have already invested €68m in bonds and equity issued by 34 SMEs,” he said.

According to Van Griethuysen, no other pension fund had shown an interest in financing NPEX “as they often deemed the scale of its loans – usually between €1m and €10m – insufficient”.

NPEX’s Entrepreneurs Fund would not be abolished, he said, as loans still in the portfolio needed management as they were due to mature over the next seven years. 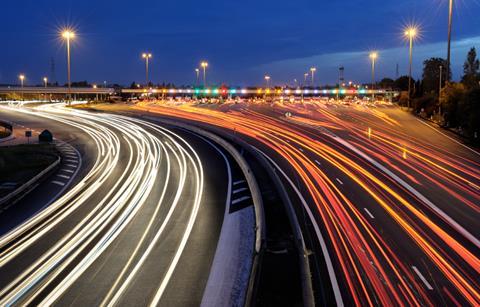 The €1.5bn pension fund of Dutch automotive organisation ANWB is considering transferring its pensions into a general pension fund (APF).

On its website, the scheme said it was too small to continue implementing a pension plan independently.

The Pensioenfonds ANWB said it would prefer to move to an APF, as joining an industry-wide pension fund would require either pension cuts for members or an additional contribution from the employer.

Since 2015, the pension scheme’s funding level has consistently fallen short of the required minimum of 104.3%. At November-end, the scheme’s coverage ratio stood at 100.8%. If it is still under-funded in 2020, it has to cut payouts.

Given the activities of the ANWB and the scheme’s affiliated employers Logics, MAA and Unigarant, the pension fund could transfer into PNO Media industry-wide scheme or the multi-sector pension fund PGB.

During the past 10 years, the number of active participants at ANWB has fallen by more than 1,000, leading to administration costs per member rising to €361.

The Pensioenfonds ANWB is consulting with employers and trade unions about the future of its pension plan. It said it wanted to keep accrued pension rights and new pensions accrual under one roof as this would be the most efficient option.