The Dutch government is to contribute €31m to the pension fund for its Caribbean territories of Saba, Sint Eustatius and Bonaire to improve its funding position.

In a letter to parliament, Raymond Knops, state secretary for home affairs, cited “specific and difficult” conditions the scheme had faced since its inception in 2010.

He emphasised that the Pensioenfonds Caribisch Nederland (PCN) was “a small scheme which was predominantly dependent on American financial markets”.

Last year, the $440m (€345m) pension fund had to apply a 3.5% cut to pension payments, and only avoided reductions this year due to rising interest rates, explained Knops.

PCN previously argued that the Dutch government had provided it with insufficient assets when it was established. Last year it started legal proceedings in an attempt to force additional contributions.

In his letter, Knops said the capital injection would provide the pension fund with “a solid position for the future”. He added that the Dutch government had also paid €4.7m to correct mistakes in PCN’s administration, which it had inherited from its predecessor scheme APNA in 2010.

Commenting on the capital boost, Harald Linkels, PCN’s chairman, said the pension fund was in good shape again. He explained that the additional contribution would come as a lump sum of €25m followed by six annual payments of €1m.

Linkels also credited rising US interest rates and solid investment results for the funding improvement, as well as the effect of charging the maximum allowed contribution and the benefits discount. 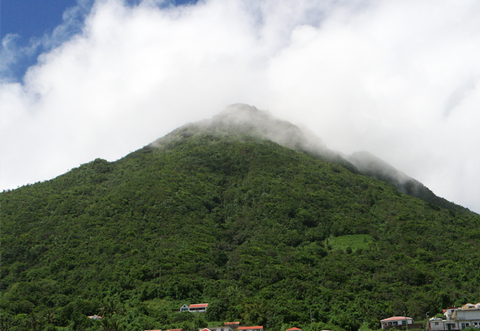 The difference in life expectancy between the richest and poorest workers in the Netherlands has increased and is now almost nine years for 40-year olds, pensions think-tank Netspar has found.

Since 2005, the gap has widened by two years, said Marike Knoef, one of the researchers.

The survey revealed that the poorest 10% of employees lived 75.2 years on average, while the richest 10% of their peers lived to 83.8 on average.

The results showed that the difference for women was 10 years, with longevity for the poorest and richest groups at 80.1 and 90.1 years, respectively.

She added that it was remarkable that longevity was consistently rising through income groups.

In response to Netspar’s findings, trade union FNV reiterated its demand for a slower rise of the official retirement age for the state pension, known as AOW.

It argued that the “roaring pace” of the AOW age increase would make it increasingly unfair for people on low and middle incomes.

The government has already decided that the AOW will rise to 67 and three months by 2022 and, from then on, will increase in line with life expectancy.

The €498m Pensioenfonds Urenco wants to place its accrued pension rights with either an industry-wide scheme or a general pension fund (APF) this year.

The board said that all stakeholders wanted to keep both existing and future pension rights together, but that ETC’s status could pose a problem.

Because of its activities, ETC is subject to the scope of PME, the mandatory pension fund for the metal and electro-technical engineering sector. Joining another scheme for pensions accrual would require PME to grant an exemption.

The Urenco pension fund said a working group had concluded that a quick deal was necessary as administration costs had risen to €860 per member.

It added that its current funding ratio of 116.3% made it easier to hook up with a sector scheme, and also argued that the current APF market offered more choice than a couple of years ago.

The Pensioenfonds Urenco said it had hired consultancy Montae to aid its search for a new provider, adding that it expected to take a decision in September and subsequently planned to liquidate the scheme next year.

The scheme has more than 500 active participants.

Elsewhere, the €402m company pension fund of Forbo – a manufacturer of vinyl floor covering and glues – indicated that it intended to discuss its future with its more than 1,000 employees.